If You Struggle With a Mental Disability, You Probably Hate Hearing These Things | 22 Words 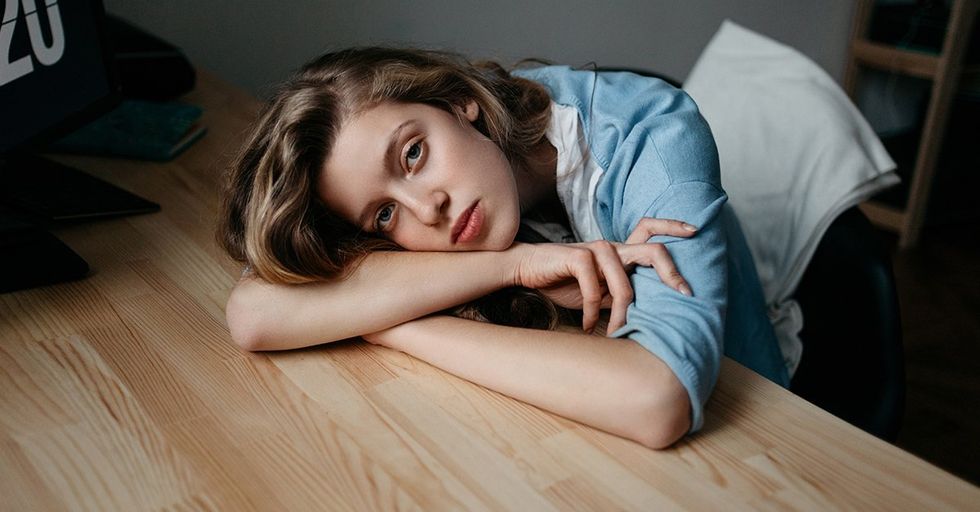 If You Struggle With a Mental Disability, You Probably Hate Hearing These Things

If you or someone you know struggles with their mental health, you know it can, at times, feel frustrating and isolating. Besides the fact that living with a mental disability can be utterly crippling for some, it makes it even worse when other people give you unnecessary judgment and invalid advice, mostly because they just don't understand.

As more people open up the conversation about mental illness and how common it is, it creates a healthier environment for everyone as we discover that it is not something that can be generalized, simply because it affects each person differently. It takes time to understand mental illnesses and sometimes even more time to open up and talk about it, without being judged.

A Reddit thread initiated a conversation about common frustrations and misunderstandings for people who have a mental disability. There were some similar themes and some answers that were shocking and eye-opening. Either way, it's incredibly important to ask these questions and listen when people choose to speak up.

It's a terrible feeling when you think that no one understands your emotions and you can't even clearly express how you feel.

There are some people who feel this way all the time.

For anyone who has a mental illness, this is a recurring feeling, one they may feel like accompanies them their whole life.

Trying to explain and reexplain how you're feeling or why you're feeling a certain way can be utterly exhausting, on top of already feeling tired from the way your illness or certain medication can affect you.

A user on Reddit asked a simple question that opened up a really thoughtful thread of vulnerability and courage from people who suffer from a mental illness. To all my fellow Redditors suffering from a mental disability (autism, ADHD, dyslexia, anxiety, etc), what do you hate hearing people say about it?

People assuming you just need to be stronger.

The worst problem, IMO, is when people insist that mental health challenges are only a lack of willpower. -Happy_Each_Day

Blaming it on your attitude.

Those people who say "the only disability in life is a bad attitude" are the worst. My coworker who uses a wheelchair put it best when she said, "What the f*** do they think the stairs in front of me are suddenly going to turn into an elevator if I just smile at them long enough?"
-Bobbeh15

That it can be fixed with money.

When Robin Williams died someone in my family said “With all that money how could he be depressed?"
-MayhemMessiah

Telling them to just feel better.

When I'm depressed and someone tells me to cheer up. It breaks me. I couldn't cheer up even if I tried and that comment makes me feel like a bigger failure because I can't.
-PickleYouKumquat_

One I get a lot is "you know, there are people who are way worse off than you are."
-JoakimSpinglefarb

People who make it about themselves.

People who exaggerate their personal problems to make it seem like they have mental illness when in reality they’re just looking for attention.
arkansas_elk

My brother also suffers from OCD, so he has to tap things 6 times... It drives me INSANE when people say stuff like “omg that picture isn’t straight, my OCD is so bad right now" like seriously, you must not know about that disorder and how debilitating it truly is. People also tell him all the time to “just stop tapping stuff" and he gets teased about it quite often. I feel so bad for him.
-kgarr26

When people think mood swings are equivalent to bipolar disorder.

I try to be open and talk about my bipolar so people understand it. I usually relate it to being similar to the weather. It's not just a bad day, being grumpy, or even like depression. It's a storm front that's moved in, but instead of rain, the entire concept of happiness and confidence is sapped away. You feel like an empty shell of who you are. For some it lasts a few days, others weeks.
-DragoneerFA

Telling them to just get it out of their head.

"It's just all in your head!" where.... do you expect my mental problems to be, exactly, karen? does depression reside in my left buttcheek? does anxiety stem from a rogue fingernail??

I've been told I'm "too nice" to be bipolar. No Karen, just because I'm not going around metaphorically biting peoples' heads off doesn't mean I don't have bipolar disorder. -homestuckintraffic

Telling them to just stop.

Saying it's not a valid excuse.

I realize I have a problem, I'm informing you of the problem and you decide it simply doesn't exist anymore because I know it affects what I do.

Being afraid of autism.

People acting like Autism is a death sentence or something. They don’t seem to realize there are varying levels of it and a lot of us are pretty normal.
-TenslasterGames

It sure as hell does exist.

When you’re having a panic attack and someone says, “Dude, just calm down".

What an insightful idea! I’ve surely never tried THAT before.

Thinking they are able to control it.

"You shouldn't let it get you."

Bitch what is this "let" you speak of? My anxiety is not choice.

People say schizophrenics are violent. We are more likely to be victims of violence compared to the regular population. -SpookySpring

"Why are you depressed. You have nothing to be depressed about."
-sweet_n_soura

Being shocked because to you they seem "normal".

"I couldn't even tell you were dyslexic!" Like yeah dude. It's a reading disorder. It doesn't "show" or anything in basic conversation. Did you expect me to be dumb or something? -ASweetRoll

Making it their identity.

I hate people saying things like “he’s ADHD". ADHD is a condition I deal with, not my identity. I am no more ADHD than someone else might be strep throat. -greenplaidmoose

Telling them something they probably already know.

"You worry too much"

Like, yeah, I know I do. It's sort of a symptom of this thing I have a diagnosis for?

Treating it as a joke.

My sister has OCD. It's so brutal. I remember when my understanding of OCD was that you like things to be tidy and clean. Now I know the horror, terror and extreme cost of OCD. It's one of the least funny things I've ever seen. Yet to so many it's a joke. I wouldn't wish OCD on my worst enemy, but I have watched my best friend overcome monsters. Your brother is made of tough stuff and so are you. -Faith_Sci-Fi_Hugs

There are clearly a lot of things we can learn from this conversation.

Hopefully, this was an enlightening conversation for most of you and that the bravery of the people who shared their struggles inspired you.

Of course, there is a lot of work to do around the current rhetoric we have toward mental illnesses, but there are a few things we can do to help be more empathetic to our friends who have a mental disease.

It's okay to ask questions.

If you don't fully understand what they're going through, that's okay. Asking your friends and family who struggle with a mental disease and how it affects them personally can be a really great way to understand how to love them better.

Not everyone is a doctor or a therapist, so a lot of the times the most we can do as supportive friends is just listen to their stories and make sure that they feel heard and not isolated.

Instead of saying "I'm so OCD about my room!" Try saying something like, "I love having my room organized." Instead of "I feel so bipolar lately," you can say "I've been having a lot of mood swings."

Have respect for those who do struggle with their mental health.

Learning to acknowledge the seriousness of these diseases instead of normalizing them in everyday conversations can be a great way to respect those who actually suffer from these diseases.

Just because you may know about a specific mental illness, it doesn't mean you know how it can affect a certain person. Never assume that everyone is the same and they like to be treated the same.

Be supportive and encouraging.

Never make someone feel bad for their mental illness. Listen with empathy and thank them for deciding to share their story with you.

Just show some love and spread the love.

Share this article to encourage more empathetic conversations about mental illness and send some love to friends and family who need to hear how loved they are!