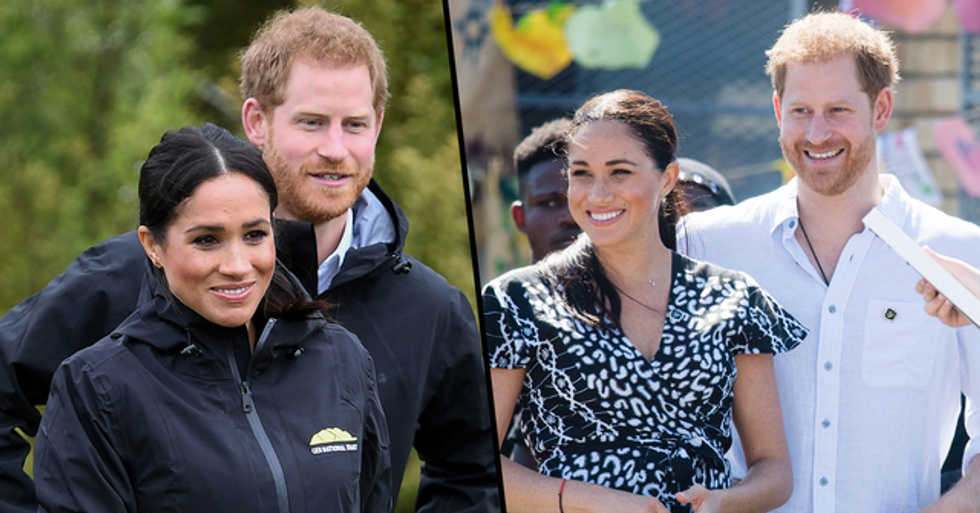 As a part of their fresh start in LA, Prince Harry and Meghan Markle have reportedly adopted a dog, but some people are finding something rather funny about their unusual name choice...

Since his big move to LA, the British public have been mourning the loss of their favorite royal, Prince Harry.

With his wife, the California-born Meghan Markle, Prince Harry packed up and made the move amid a whole load of controversy.

And, ever since his big move, royalists have been keen to get a glimpse into his new life... Including the name of his and Meghan's new dog, which hasn't sat too well with some.

And, a part of their new "normal" life includes a dog.

Yep, reports have been claiming that the couple have adopted their first pet together, a labrador.

The news comes from the recent bombshell biography about the couple, Finding Freedom.

The book revealed that the pair had adopted, and also disclosed the name they had chosen for their pup.

The name was allegedly inspired from their trip to the African country, Botswana...

Their first official outing as a royal couple.

Are you ready for it?

Pula. In Botswana, Pula is the official currency, and also means "rain" in Setswana, which is considered as a scared phenomenon.

But, despite the heartwarming sentiment behind the dog's name...

The people all the way over in Romania have been laughing.

Yep, it turns out that Pula means something else entirely in Romania...

And, let me tell you, it doesn't translate to rain.

Romanians have been quick to point out the blunder...

One social media user from the country commented: "LOL, I wonder if they know what that word means in Romanian," while another wrote: "This word is famous in Romania."

It turns out that the name has rather rude connotations in Romania...

"There'll be a whole lotta laugh if they visit Romania with the dog and start calling him out in any public place."

Are you ready for the grand reveal?

In Romanian, Pula translates to d**k.

For more on the royal favorites, keep scrolling to hear what Prince Harry said about his late mother, Princess Diana, in a sudden and unexpected speech on her birthday...