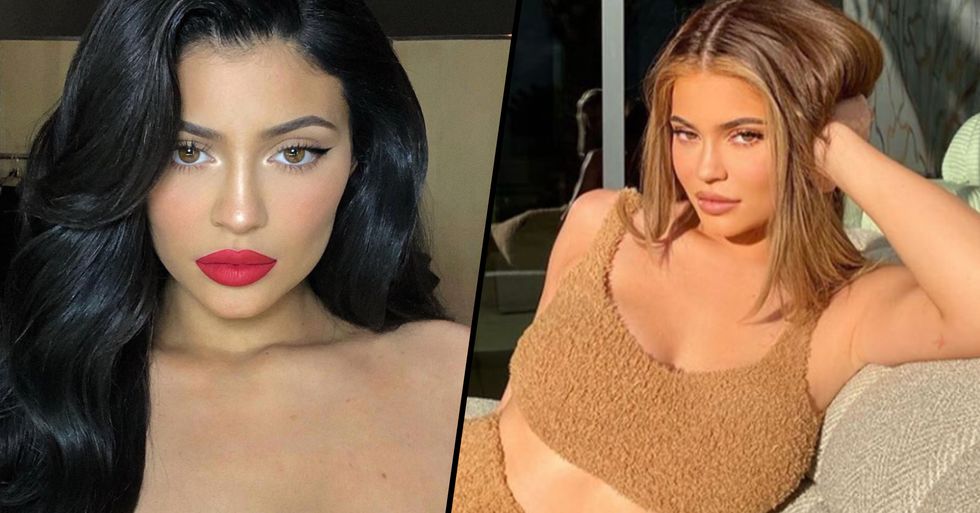 The Kardashian-Jenner clan isn't exactly well-known for rocking the au naturel look, and that doesn't seem to be changing anytime soon.

No matter what Kylie does, she can't seem to catch a break, and her latest Instagram "photo fail" has been met with fury from followers who have threatened to boycott the star as a result.

Keep scrolling for the "freaky" photo that fans think appears to be less than human...

It's no secret that the Kardashian-Jenners are well accustomed to the art of photoshop.

And eagle-eyed fans are always on hand to point out any photoshop fails the siblings make.

And this week, it seems to be Kylie Jenner in the firing lines, for something a little freakier than usual...

This is definitely her worst fail yet.

She's had her hair a huge range of colors, for instance. We can hardly keep up!

This pixie cut is something else...

And fans weren't convinced that they're authentic... at all.

And a lot of people are convinced that Kylie staged this candid photo shoot.

Some fans think that the shot doesn't look at all like Kylie..

Kylie Jenner really got one subpar (unphotoshopped) paparazzi pic of herself leaked and had a complete identity crisis
— J🍒 (@J🍒)1587859873.0

How can anyone be that flawless?!

But in the world of an A-list celebrity...

I’m so weak at Kylie Jenner staging paparazzi photos during a pandemic. Is this real life
— dumbass pierogi (@dumbass pierogi)1588082906.0

Looking good is the most important thing.

Once again, Kylie has found herself under the magnifying glass of less than impressed fans.

It seems like not a day goes by where Kylie doesn't come under fire for doing at least something wrong.

And her latest Instagram pic has stirred up a few fans after she posted a controversial photo of her new nails...

The star has been met with fury by fans who have taken exception to her getting new nails during the lockdown.

In the comments, fans are claiming that Kylie's hands don't appear to be real...

Yes, apparently her latest pic has been freaking fans out, due to their less than human appearance...

It didn't take long for people to notice.

The reality star posed with her fingers spread to show off her new manicure.

Her hands were placed on the steering wheel of a Lamborghini, as she looked for the perfect background to set off her new nails.

Kylie's followers piled in with a number of scathing attacks, with her hands being the first in the firing line.

One fan commented: "her hands don't look real" While another added: "Is it me or does her hands look like a straight up mannequin." A third urged: "#boycottboringnails"

The anger then turned on how Kylie got her nails done and that she must have breached lockdown rules.

One angered commenter wrote: "Are you even aware there is a deadly pandemic in America? I have family that lives close to you and im offended and concerned that people like you in la think that when a highly contagious virus is going on,especially there ,its a good time to get their nails done.[sic]"

The comments just kept rolling in...

"I usually don't say anything because I just adore the Kardashians. But you know like 16 million people are hungry right? Maybe bad timing."

It wasn't all bad news for Kylie though...

There were plenty that adored her new nails and were just thankful that they had some new quarantine pics from the star.

Take a look at the pic driving everyone wild...

Despite being airbrushed a little, most people were just hoping the star was keeping safe. For more news on Kylie, keep scrolling to see why trolls are mom-shaming her over the latest picture of her daughter Stormi...