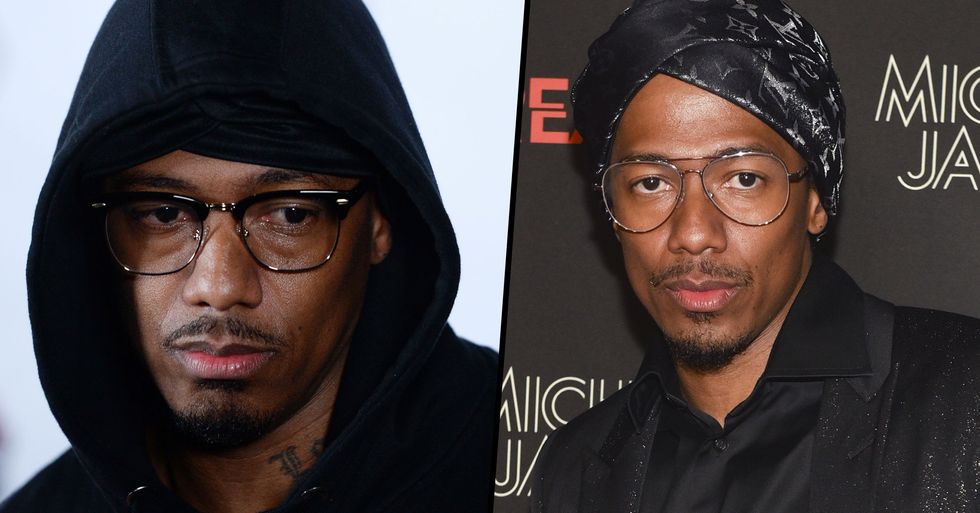 It's fair to say that Nick Cannon is in serious hot water right now. But he has made several alarming claims on social media this week...

Nick Cannon is in the headlines once again...

After a week of controversy for the star, he has now made some worrying claims.

Nick has landed himself in some serious hot water the past week...

Despite Isreal being the only explicitly Jewish state and the only state with a Jewish majority, the overall worldwide population reaches figures of around fifteen million.

Despite the tragedies that generations of Jewish people have lived through, the community often celebrates and remembers the lives of the victims of these horrific crimes, and, most importantly, they embrace the religion that they are proud to be a part of.

Despite the peaceful and private nature of religions, especially of Judaism, sick individuals around the world like to believe that they are superior and express hate and prejudice against religious people for no reason at all.

The Wild 'n' Out out star has been hounded by fans and critics alike after he made some very controversial comments on his podcast.

Cannon was dropped by ViacomCBS in a lengthy statement after they agreed that his comments were inappropriate and had anti-semitic undertones. Despite some supporters believing he had not made a direct "racist" comment, he's promoting the idea that you can't be discriminatory.

He was speaking in evolutionary terms meaning that their current "lack of compassion" comes from white people "in the past."

"To me apologies are empty... What we need is healing. What we need is discussion. Correct me. I don’t tell my children to say, ‘I’m sorry.’ I want them to understand where they need to be corrected. And then that’s how we grow."

And it seems 50 Cent wasted no time coming for Nick...

After the news of the comments broke, 50 Cent decided to post a photo of Nick to Instagram.

He wrote a brutal caption alongside the snap.

"Damn nikki what the f*k was you on that stupid a*s podcast talking about?🤔No More Wilding Out Hun! (Don’t worry Be Happy)." The post has since been deleted.

This is just yet another installment of the pair's ongoing feud.

Earlier this year, 50 spoke out during a time where Cannon and Eminem were going back and forth. 50 said he advised Eminem to not address Cannon because he was beneath them.

Now, Cannon has hinted at something very alarming.

The star was posting about his friend who took his own life when he hinted that he had considered suicide.

He called 2020 the most "f***ed up year I've ever witnessed," talking about his friend who he says took his own life.

He went on to say this:

He stated he was in "dark contemplation of continuing my physical existence on this planet," and admiring his friend who "had the balls to do it."

But, given the fact that Cannon is being called out from all sides at the moment...

While the hint of suicide is certainly alarming, people aren't entirely surprised by it.

That wasn't all... Cannon also took to Twitter to make some worrying claims.

The star tweeted this 3 days ago:

And many fans believe it is another reference to considering taking his own life.

Many were saying the same thing after the posts emerged.

And that, despite what has come out, he shouldn't have been driven to feeling suicidal.

Others, however, saw it differently...

With some saying it was mere manipulation.

For more on how racism is being called out at the moment...

Read on to hear how one waitress has bagged herself over $40,000 in tips!