19 People That Exist in Every Single Friend Group | 22 Words 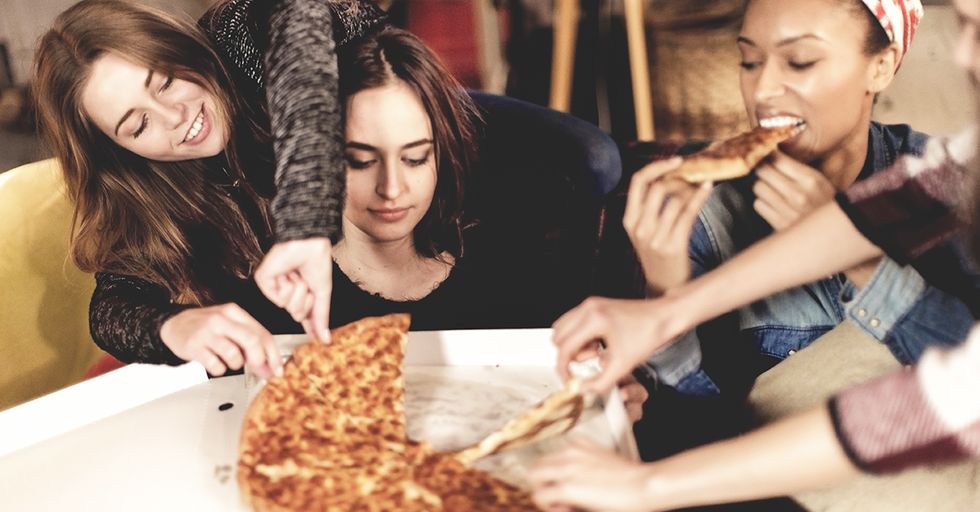 19 People That Exist in Every Single Friend Group

There are so many amazing people in this world, but none of them are quite as amazing as your friends.

They're there for you through thick and thin, and always know what to say or do to make you smile.

They're basically the best.

Every friend group is made up of a carefully balanced selection of differing personalities. Here are 19 different types of friends that basically everyone has.

The friend who's always late:

You've probably started giving them an earlier start time in the hopes that they actually make it in time for the actual event. But you know they mean well!

Your friend who can't afford to go out:

Luckily, you're content to stay at home and do nothing. It's free, and it's fun.

Your friend who can't sneeze just once:

Your friend who always wears a coat:

It doesn't matter how hot it is outside. The jacket stays on. This next one is hilarious.

The friend who overthinks every text:

You know something's up when you just see the three little dots for 5 full minutes. And heaven forbid you ever send them a text message that just says "k."

Your friend who always sings while driving:

No one knows where Chads come from. But they're everywhere.

Your friend who always tries to one-up everyone:

No matter what you've done in your life, they did it earlier. And better. And faster.

Your friend who breaks everything:

They mean well, but you definitely aren't going to be loaning them anything of value. This next friend type is one you probably have a lot of sympathy for.

Your friend who has terrible luck:

It manages to follow them no matter where they go or what they do. At this point, you've all just come to expect it.

Your friend who makes the best playlists:

And who will force everyone to listen to them and remark on how wonderful their playlists are. (To be fair, they do take a lot of work!)

This friend is very handy to have around! (Even if they do spend a lot of time talking about lifting and protein powder.)

Your friend who can't read the room:

It doesn't matter if they've had the phone for three years or literally just picked it up from the store. This next one is actually pretty touching.

Your friend who doesn't mind doing anything:

This is one of the best kinds of friends to have. You don't even have to speak when you're together.

Your friend who always has your best interests in mind:

Sometimes they may be a little too protective. But you appreciate them all the same.

Your friend who glosses over cool stuff you find:

How rude! Let's hope they have some redeeming qualities, too.

Your friend who texts you weird stuff out of the blue:

And who tags you in random Facebook memes for no reason whatsoever. (Now's a good time to send this article to them, so they know who they are!)

Your friend who's always down for Margaritas:

Friday night? Saturday morning? Thursday at 10 am? There's no wrong time for margaritas. Share this with your bestie!