Dads Who Are Definitely Killing the Parenting Game | 22 Words 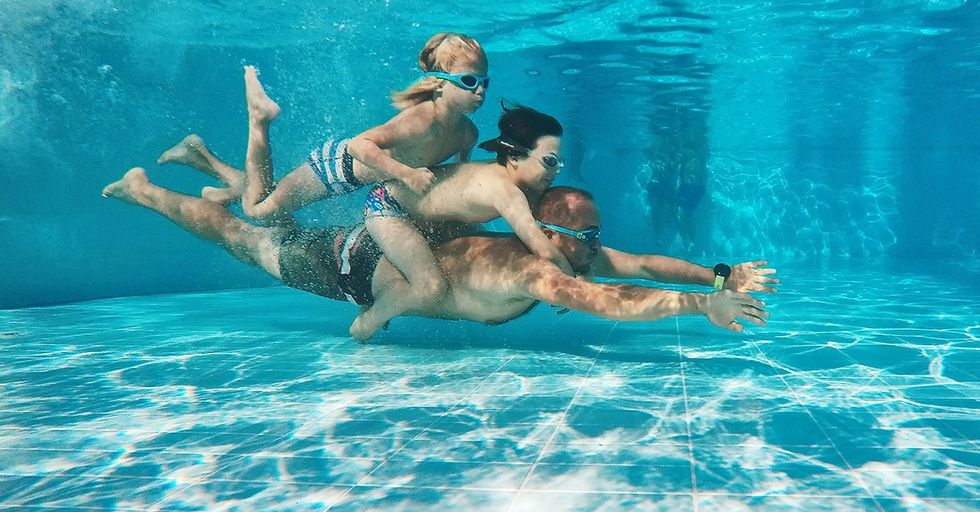 Dads Who Are Definitely Killing the Parenting Game

Who said Dad can only be celebrated on Father's Day? We've uncovered some amazing (and hilarious) fathers on the internet that deserve a serious pat on the back.

We love a dad who knows his way around a pun.

Who needs a car when you've got the coolest dad, anyway?

50 points to Gryffindor for this Harry sighting.

Way to rub it in! On the next page, a dad who hasn't quite mastered baby fashion.

He learns something new every day.

He gets an A for effort, but an F for understanding how clothes work.

Dad's got jokes, and we're not mad about it.

Another lesson in growing up and letting go.

My dad has been peeling oranges for my lunch since kindergarten & on my last day of high school I got this instead pic.twitter.com/N8B2qb43qA
— Megs (@megsull2) May 31, 2017

The how-to guide was an amazing addition.

He’s all about the quality time.

My dad once sent me a text that just said: "Your mother has left me." Turned out she had gone to the cinema with her friend, and he wanted me to ring him because he was bored. —Anonymous Redditor That’s one way to get your kid to call you.

When I was a teen, I tossed a cigarette butt into an old tree trunk in our yard before leaving for a friend's house. He called me to let me know, "You lit the tree on fire. You might want to come back and put it out before it catches the house on fire, too." I turned around, but I was still 15 minutes away. He watched the fire spread while setting out the hose for me. I put out the fire, but it was a really, really close call. —pdxscout Well, we're guessing this didn’t happen again after that. Next up, what does Dad have to do with MC Hammer?

Dads and puns go together like peanut butter and jelly.

He was holding a hammer and I was walking by and he said, "Stop." And I paused looking at him. And he held up the hammer and said, "Hammer time." —DessaDarling We hope an impromptu dance party followed.

I was going home to visit my parents. I went to hug my dad at the front door, and I accidentally stepped on his toes (with both feet). I said, "Sorry, I didn't mean to walk on your feet." Without missing a beat, he quietly said in my ear, "don't worry, I walk on them all day." —notwithoutmypen Sweetest dad ever!

A quick parenting hack for you.

Pool noodles are a great way to sword fight your kid while still lying on the couch.
— dadpression (@dadpression)1497369632.0

The perfect mix of involvement and laziness.

He’s always prepared for a crisis.

And he knows when to call in the cavalry.

He’s all about pizza night.

A few weeks ago my dad decided he was going to order pizza from his iPad. He's almost finished.
— Simon Holland (@Simon Holland)1455059136.0

He’ll get there eventually...with a step-by-step tutorial, some one-on-one instruction, and a few troubleshooting sessions. Next, the most adorable dad prank.

A stroke of genius.

Seaweed + a puppy = the cutest dad prank we’ve ever seen.

A new hobby for Dad…

Next, he’ll be making an album of local fire hydrants.

Dad’s always willing to pick up something special for you.

One time, I asked my dad to rent The Notebook for me from the good ol' Family Video up the street. He rented Nacho Libre because he could only remember it started with an N. —_curvedrone ...Close enough?

When I was 8, my dad told my brother and me that we couldn't tell the difference between salt and sugar based on looks alone. He then filled up two spoons and told us to pick. I was much older before I realized they had both been salt. —bcgraham What a trickster. (This might be why you have trust issues.)

One time my dad literally took candy from a baby. A two-year-old held up a lollipop and my dad assumed the kid was giving it to him. After taking it and walking away, he realized the toddler probably just wanted to show it to him... —RekNepZ Turns out it was as easy as taking candy from a baby. Got some funny dads in your life? Be sure to share this story with them on Facebook!