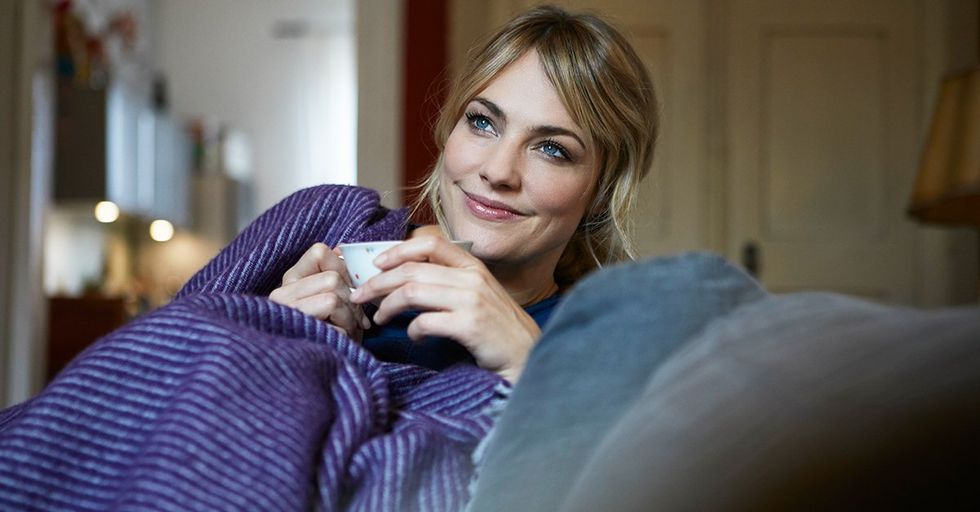 But being tied down in a relationship isn't for everybody.

Where all my single people at?

While some people are super happy with their significant other, others are just fine without any romantic attachments, thankyouverymuch. Here are some of the funniest tweets that perfectly capture the best parts about being single.

First of all, more food.

Half the people, double the food! It's a match made in heaven!

This one's a bit of a journey:

Sure, there might be times that you feel sad because you don't have a significant other, but think of all the things that make you happy. Like surprise food. And surprise money. And puppies.

Plus, being single gives you time to focus on the important things in life.

You can also focus on which television series to binge next on Netflix. Or add stuff to your Amazon wishlist. Or just do whatever the heck you dang please!

You also save quite a bit of money.

Some people don't like to admit it, but dating is expensive! Being single means putting more money into savings. (Or spending more on burritos. You do you.) This next tweet might be a little too real for people who are currently dating someone...

Obviously, this isn't true for everyone in a relationship, but you have to admit that dating often comes with some drama. Being single? Not so much.

You can have a very fulfilling relationship with your dog, after all. Or all of your cats. And your friends and family!

And think of what you're saving in medical costs.

As convenient as birth control can be, it comes with disadvantages, too. The idea of not having to be on the pill or other long-term birth control is probably pretty tempting to some people who don't have any other options.

If you're single, there's no limit to the number of nightstands you can have. Or one-night stands.

If you're ever tempted to stop being single, remember this:

Sometimes, people are kinda wack. Do you really wanna chance getting into a long-term relationship with one of them? Mayyyyybe not. Next, we have to talk about Valentine's day...

Relationships may be great for some people, but pizza is great for all people. There's really no competition here.

When you think about it, wedding cake is just regular cake with a fancy name. Anyone can eat it!

You probably have a pretty healthy sense of self-worth.

Like this guy, who clearly knows what's up. He's a luxury!

I'm not saying you should turn to alcohol to solve your problems. But, I mean...you can't drink a girlfriend, ya know?

One more reminder about all that sweet sweet cash you're saving:

And it's not just on Valentine's day gifts! That money is yours all year-round/as long as you are single. But what are you going to buy with that money? This next single person has an interesting idea...

How about a huge jar of pepperoncinis?

Ah, yes. The smell of freedom.

This might be a bit of a strong reaction.

But if it's working for you, then more power to ya. Keep livin' your life!

When you accidentally go out on February 14:

And in case you're wondering: Yes, two dinners obviously means two desserts, as well. That shouldn't even be a question.

This just became my new nightmare:

You also don't have to spend tens of thousands of dollars on a wedding! And don't forget — you can still get a wedding cake if you're single.

There are two types of people in a relationship:

When you're single, you get to either go to sleep right away or stay up late...watching Netflix or playing video games. Share this list with your fellow single ladies (and gents)!