Photos That Were Taken at Just the Right Moment | 22 Words 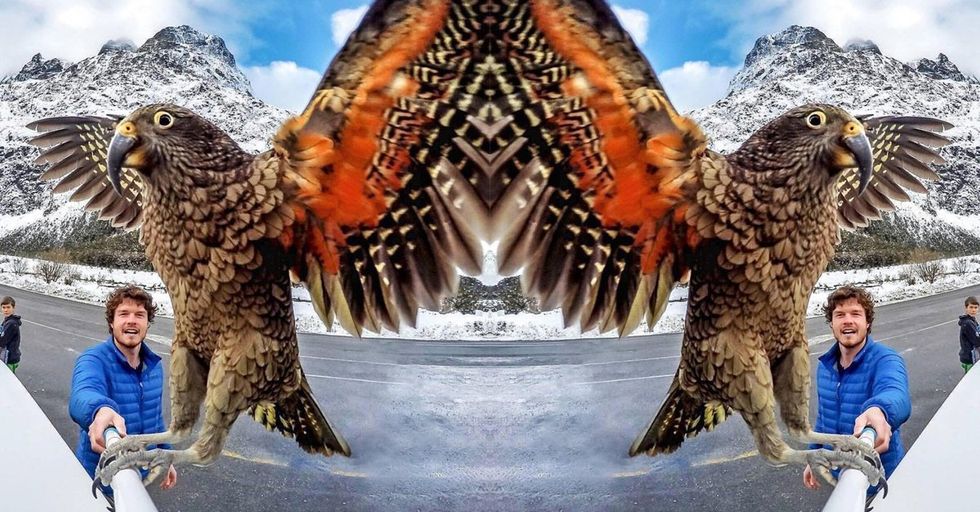 Photos That Were Taken at Just the Right Moment

Have you ever snapped a photo at exactly the right moment?

The following 29 photos are absolutely perfect.

They were taken at the very moment disaster strikes. These are once-in-a-lifetime kind of photos, and we've collected them all in one place! Get ready. You might have to pick your jaw up off the floor.

This was already going to be a great photo of a cool landscape, and then a bird flew past and got caught right in the middle of the shot! What are the odds?

Poor woman! It doesn't even look like she sees it coming.

You get that berry, bird! Coincidentally, this is exactly what I look like when I eat anything.

Something tells me this party is about to be over for both of these people. The next one is a perfectly timed photo from the past.

Even pro baseball players in 1959 got beers poured on their head by distracted fans.

This poor deer got caught just eating it in a stream in the middle of the woods. I bet he was so embarrassed.

And this is why you don't attempt to eat an ice cream cone right in front of a chicken. The chicken will take your ice cream.

That right there is former President of the United States Bill Clinton, looking like a complete idiot not catching a football and letting it smack into his face.

Those poor cats being stepped on are having a bad day, but the rest of the cats look pretty reverent toward their cat master. The next one is really cute.

This photo was taken at the exact moment this kid got bitten by a crawfish. That's what you get for grabbing a creature from its home!

And that was the worst birthday she ever had. The looks in everyone's eyes are priceless.

Do you know how fast hummingbirds move? That's an incredible shot.

Dog overboard! The look of desperation on his face is too much.

This parrot interrupted this guy just as he was about to take a selfie. I think it's safe to say this is better than any selfie he'd ever take.

I'm going to say something controversial: Ducks are the cutest bird. Do not fight me.

Welp, I guess that kid is done with his banana. They had a good run.

I doubt this is what this kid meant to do when he entered the bouncy house, but I'm just glad it happened.

That seal is going to town on that little octopus. No mercy in the ocean. The next one also takes place in the water.

I always wondered what people look like shooting out of the bottom of a waterslide, and now I know!

This guy looks completely calm while he drives off the sidewalk and into the river.

That right there, folks, is an owl coughing up a pellet. So cool and also so gross!

This guy could not look any calmer and more collected while he totally eats it. The next one is a wild nature shot.

This photo shows an orca right as it's about to breach the surface of the water! So cool!

Oh, that bird is going to eat that little bug so hard! The sky's only big enough for one of them.

This freeze-frame of Jenga mid-fall is a perfect reminder of why Jenga is one of the worst games ever. I hate it.

This owl knows it has wings and can fly, right? Share this with someone and blow their mind!