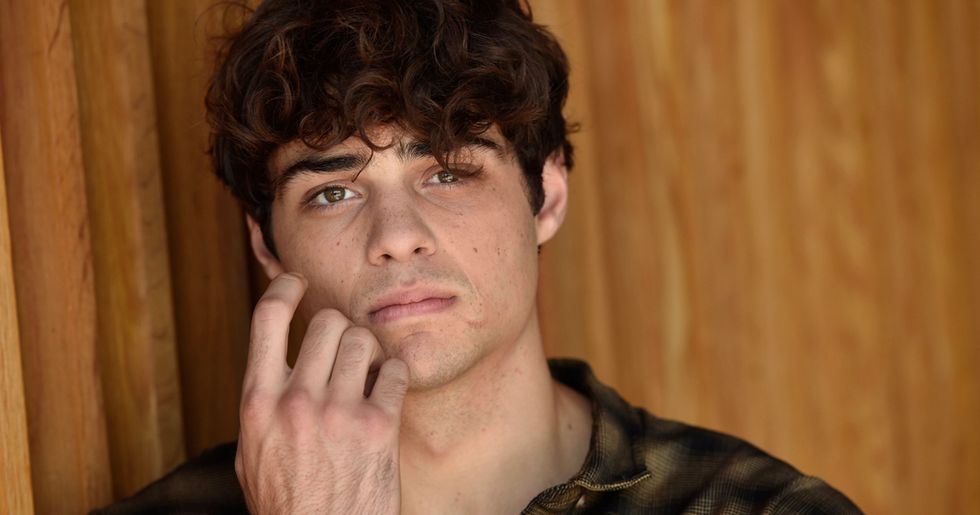 When Netflix released its summer romance flick To All the Boys I've Loved Before, the internet collectively fell in love. Why? Well, how could we not, with a character like Peter Kavinsky? He's sweet, he's (sometimes) suave, and romantic as heck when he wants to be. Sure, there are misunderstandings, but the course of true love never did run smooth!

Peter and the film's protagonist, Lara Jean, make an adorable couple. They support each other, respect each other, and they're great listeners. Even when Peter gives off the first impression that he's not much more than some cocky jock, it turns out he's that plus a million. So, let's look at a few of Peter's qualities that really make everyone swoon!

The love story of Lara Jean and Peter Kavinsky is a beautiful one.

Look at these adorable people!

They kinda go back a-ways!

All the way back to when Peter was definitely on-board for a spin-the-bottle kiss in 7th grade.

He’s also pretty chill with almost being run over.

Well, it does bring everyone to Netflix’s yard.

After her letters got out, Lara Jean kissed Peter right on the school’s track.

The start of something magical, tbh.

He was actually kind of impressed!

But also, let’s talk about every time Peter called his girlfriend ‘Covey.’

And let’s not forget the time he had ‘cute boyfriend-girlfriend screens’ totally covered.

Peter picked up Lara Jean and Kitty for school.

Casually said he was Lara Jean’s boyfriend and proceeded to bond with Kitty.

When Lara told Peter they were just pretending and he made this face:

They both are, they’re relationship goals, and we love that.

Movie date-night with Lara Jean and her little sister was so heartwarming.

He even saves the bowl of popcorn!

When he whispers ‘good job’ in Lara Jean’s ear.

At the party, he proved he was dreamy AND responsible!

Kombucha for the designated driver.

And then they took a cute selfie together.

He confessed his feelings for Lara Jean…in the hot tub.

Boy, you don’t have to go so hard.

AND THEN SAID THIS:

After which they shared a kiss.

And Peter looked at Lara Jean like this as they went back to their rooms:

On the bus ride back from their trip, he asked to use her as a pillow.

For a tall person to make a short person their pillow, that’s not easy.

And then, once Lara Jean said yes, he proceeded to do the thing.

And it was perfect.

When they were fighting, and she doubted his feelings, he told her this:

How does he have the right words for every moment?!

He leapt to Lara Jean’s defense in front of the whole school.

We died when we saw this picture on Lara Jean’s phone.

Especially because that wasn’t even staged! A crew member reportedly snapped the photo of Noah Centineo and Lana Condor taking a nap together on set.

And we got to hear the sweet notes Peter wrote for Lara Jean.

We stan a romantic wordsmith.

The moment of truth:

And the look on Peter’s face when he tells Lara Jean that he loves her!

Noah Centineo, who plays Peter, has an idea of when Peter really fell in love.

"From the beginning, Peter is interested," he said to The Wrap. “Like, from that first remark about her shoes. In this first scene, when we meet Peter, I think he's interested. But I think he really, really realizes this is the girl for him in the kitchen scene when they're at his house and they're opening up their family history to each other."

In conclusion, Peter is bae.

Peter Kavinsky: the sweetheart we all want and deserve. Thank you, To All the Boys I’ve Loved Before! Share this story with other rom-com fans, and spread the love for Peter K.!