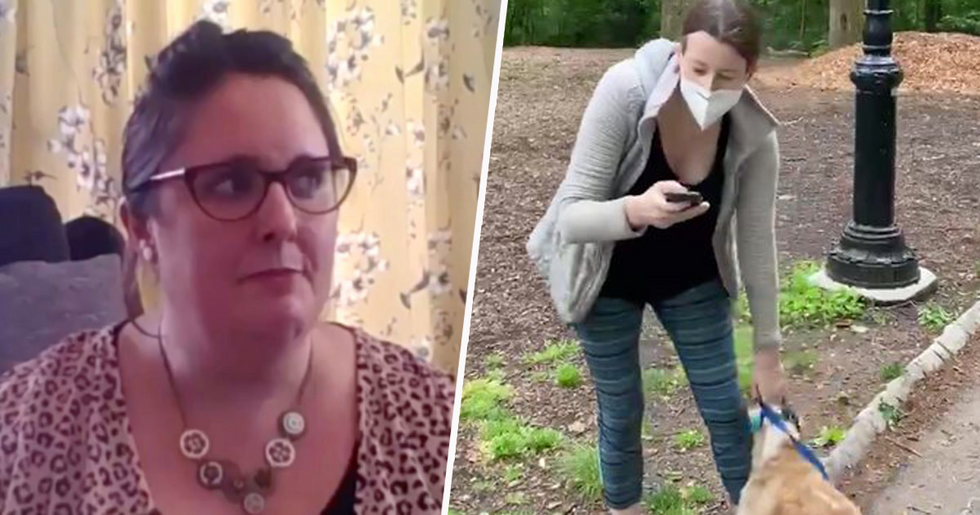 As much as we all love the classic "Karen" meme, it turns out that real-life Karens aren't too impressed with the recent racist connotations surrounding their namesake.

And it turns out that they feel so strongly about the matter, that they have even launched a petition... In true Karen style, of course.

And then there was the "hammer-smash" Karen.

Do you get the gist?

If any bigoted white woman expresses racially-motivated hate or abuse, she is labeled as a "Karen."

However, while this has proven to be a humorous way of dealing with racist women for most of us...

Actual, real-life Karens have found the whole thing to be incredibly offensive.

Yep, let's please remember that there are millions of women who were christened with the unfortunate name at birth...

And now, they have had enough of their titles being used to make fun out of racist women.

A petition has been launched.

Started by Karen Masters (the master of Karens... Get it?), the description reads: "My name is Karen, and I've had enough of my name and my Karen friends being used to describe racist women in the tabloids."

The description (or rant) continued:

"It's unfair to use a name to describe a collection of women who are racist or not law-abiding. As a Karen, this is upsetting and unfair." "Please help me to get this stopped."

After launching her petition, which has so far had 390 signatures...

Karen then appeared on the British breakfast show, This Morning, where she explained the reasoning behind her move further. "I just noticed a few memes and TikToks going on and, you know, it started off being quite funny... But then, when the BLM protests started, there was a lot of the media putting "Karens" as racist... It took on a life of its own."

Karen was joined by 2 other Karens who supported her movement...

"We can't, as Karens, talk about how this is affecting us because we are told we are entitled if we do this. So, I set up the change.org just to show that, actually, this is not fair for us to have to put up with this."

Well, as you could imagine...

People were very perplexed by the Karens' appearances on the interview, and completely and utterly bemused by the petition.

And others found the whole thing to be hilariously ironic.

@thismorning Does anyone find it ironic that Karen's are complaining about being called Karen?
— Karen Rudd (@Karen Rudd)1596450783.0

I have to admit, launching a petition and appearing on live television is a very Karen thing to do.

Even other Karens found the whole thing to be ridiculous.

You know it's bad when one of your own disagrees with you.

You can watch a snippet of her interview here.

What do you think? Is it offensive to continue using the name to reference racist white women? Or is it simply a harmless joke? For more on the wild world of Karens, keep scrolling to read about the fake government agency a bunch of Karens set up to threaten the enforcement of face masks...