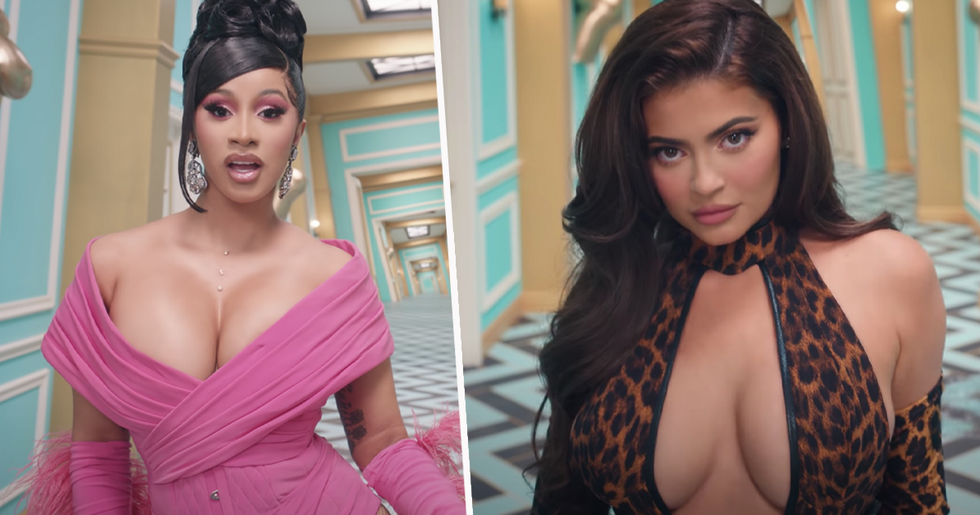 If there's one thing that Kylie Jenner is good at... it's causing outrage.

Now, a petition has been started to remove her from Cardi B's new music video...

She is now well known for her glamorous and lavish lifestyle...

She first arose as a young reality TV star...

Kylie and her big sister Kendall became the iconic duo in the reality series Keeping Up With The Kardashians when Kylie was just ten-years-old.

Inbetween 2014-2015, Kylie's lips were noticeably fuller and much plumper. Lip fillers were very much apparent, but Kylie continuously denied having surgery and instead she blamed her sudden change in lip size on lip liner alone.

Which resulted in Kylie eventually admitting to having lip fillers due to her insecurities. But of course, who cares what a person decides to do to their bodies, right?

Apart from KUWTK and a few modeling jobs, Kylie decided she wanted to take a step down the path of business, so she started her own company in 2015 - Kylie Cosmetics. Her cosmetics company has been unbelievably successful and it has earned her a lot of money over the last few years.

It's time to meet billionaire Kylie.

Alongside being insanely wealthy...

But this time its not her spending habits...

It's a video appearance that has caused outrage.

A petition has been started to remove Kylie from the music video for Cardi B's new single, 'WAP'.

The petition was started on Change.org and has now been signed by over 59,000 people.

The petition states "The video was perfect until we saw K and I wanted to throw my phone."

It comes as some were unhappy that an established white woman was given the role instead of a less well-known female musician of color. People were also unhappy that it pulls the focus during an iconic Black collab.

Her cameo in the video doesn't last for long.

Kylie appears in the video dressed in a leopard print unitard walking in slow motion down a corridor.

But, given the Jenner family's track record of being accused of appropriating black culture on multiple occasions, fans were upset.

Another signee agreed that: "She has no business in this video"

For more about the backlash that Kylie Jenner has faced keep scrolling to find out her "disgraceful" Instagram post...