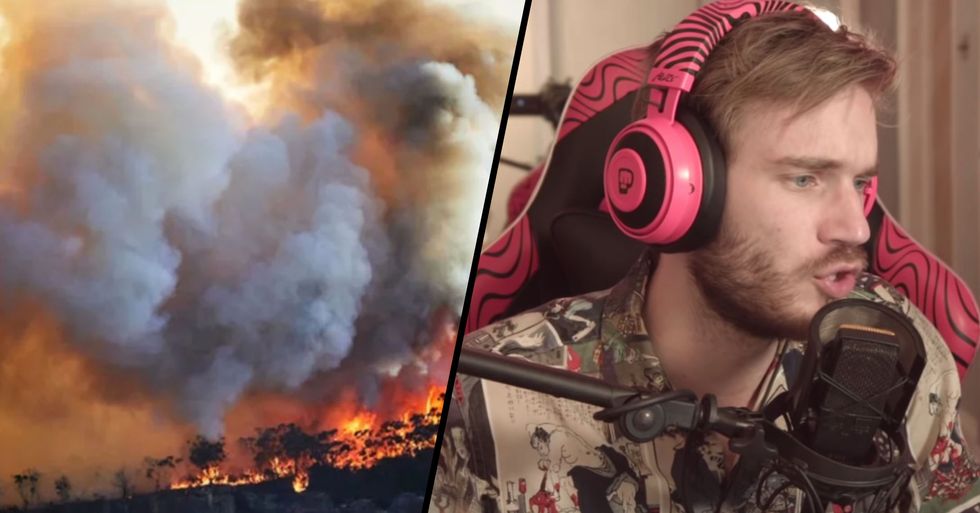 Australia is in the midst of a devastating bushfire crisis. The world is doing all it can in order to provide assistance to the medical personnel in the area, from donating money to the cause all the way to flying out there to battle the blaze. Some of our favorite celebrities have also done their bit to raise awareness about the hard work the emergency services are doing out there.

And the latest comes from YouTube sensation PewDiePie, but the star has been slammed online following his donation...

The Youtuber recently donated to the cause but he's been receiving major backlash... keep scrolling to learn more.

Titled  "You Laugh You DONATE," the video saw the star watching a series of silly memes and viral clips with the aim of trying not to laugh.

The comedian pledged to donate $1 to the bushfire fund every time he laughed.

He started out the video by saying: "I’m feeling very generous today, so therefore if I laugh I will donate $1 for every laugh. I know, I know. I’m a giving man!"

The 30-year-old YouTuber then proceeded to watch the series of funny clips.

The star then wrapped up his video, saying: "Now I feel like a douchebag. I’ll donate $1,600  to the Wildfire Emergency Appeal. […] Save Australia! It’s on fire!" But his donation has been causing a major stir...

Many people didn't think he donated enough, considering how much money he actually has.

People were less than impressed.

Either way, it's better he donated something rather than nothing at all. If you want to see the devastating effects of the bushfires, then keep scrolling. We urge everyone to donate whatever they can to the cause.