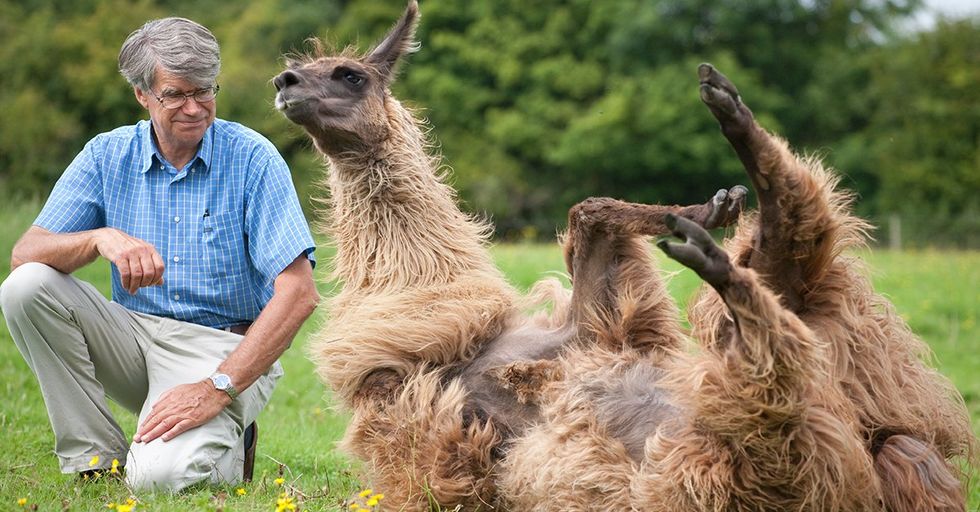 There is a lot of upsetting stuff in the news lately.

You open the Internet, BAM, you get depressed.

So that's why it's more important now than it ever has been before to seek out the good stuff.

The fun things. The lighthearted parts of the Internet that used to be at the forefront. That's why I've compiled these 19 hilarious pictures. To bring some of the funny stuff to you.

Hey, at least she's being realistic, right? Gotta hand it to her.

Um, yes, this is true. But also hopefully you realize you're sunburned before you legit look like a tomato.

"You think you can just hop on my back and ride me with no consequences? I'll get you one day!"

I mean, I could have told you that before purchasing and eating them, but thanks, rando in the supermarket. The next one is truly a specimen...

I bet you never thought a cute dog could look so much like Ted Cruz. How wrong you were.

"How you doing, Jim? "I'm just out to pick up breakfast for the family. Going golfing later? Maybe I'll see you around the course."

This couple in love

I don't quite understand what's going on here, but I don't have to. You just know true love when you see it.

People think this is a bad thing, but look at all those fun sandwich shapes! I'd be into this. The next one is truly unnerving...

This piece of meat

Look at the model face on that pup! He's smizing!

Is this not the coolest photo ever taken in the history of photos? Because it is.

Look, we all want to declare our allegiance to pasta in this manner, but only this person was brave enough to actually do it. A hero.

This Redditor wrote that this picture was taken after seven minutes of not throwing that ball. Some dogs would jump in your lap and bark at you. This guy just goes for the evil stare. Speaking of evil stares...

Never have I felt so judged by a pair of pants before. It's like they see through me.

Yes, baby, this is the correct response to calculus. Incidentally, this is exactly what I looked like taking any calculus test.

Let's take a step back into our imaginations for a moment and try to think about what a pubic library would look like. Yeah, no thanks.

Oh, no name is higher than Jesus'? Have you met Dave?! Share this with someone who could use a laugh!