Photos That Will Make Your Brain Say 'Nope' | 22 Words 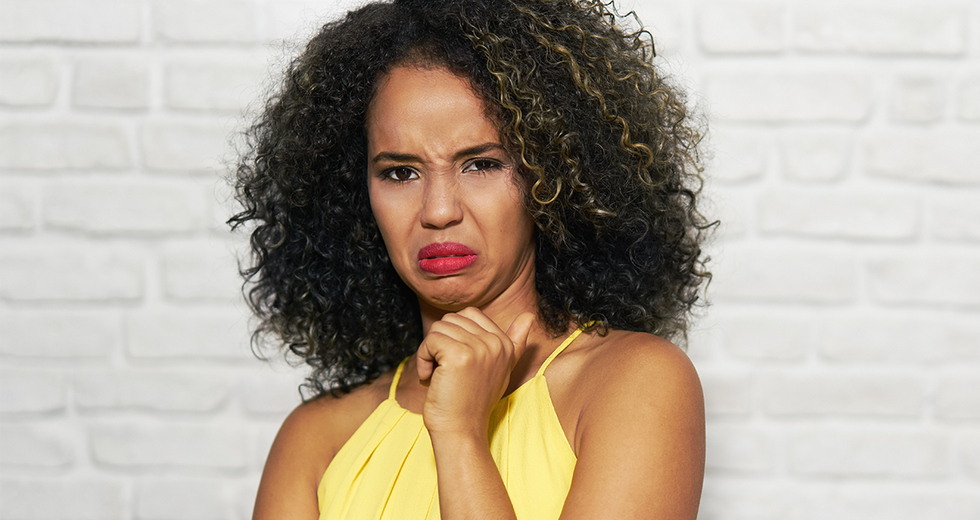 Photos That Will Make Your Brain Say 'Nope'

From strange spiders and over-sized animals to bizarre dolls and frightening statues (who would even make that statue of Jason Voorhees, let alone leave it at the bottom of a lake?), these images are such to make you slap your laptop closed for at least the rest of the day.

As the most daring of internet curators, we've found those images and put them together. Here then are the most creepy and disturbing images from Reddit's /r/Nope subreddit. Steel your nerves before you continue...

I hope it's dead and not just asleep.

A woman from Edinburgh, Scotland had frequent nosebleeds which she believed was because of a motorbike crash. While in the shower, she felt something poking out of her nose, and it turned out the reason for the nosebleeds was actually a three-inch-long leech living in her nostril.

This hornet's nest was built around a mask in an attic, so yes, it does look like a monster made out of a bee house. But it's important we note that he also looks like a man sitting in the bathtub who forgot to lock the door.

This image of the Teletubbies is just a normal picture of the adorable gang in black and white. And yet, it' so terrifying that my kids are no longer allowed to watch TV. Not just Teletubbies, but all TV.

His mime "stuck in an invisible box" work is definitely getting better.

I have the high ground.

According to this Reddit post, insects seek out high places during floods. But it is important to note that this also looks like a mailbox made out of blueberries and ramen noodles is melting.

Imagine buying yourself a cool new VR set, bringing the box home, and finding out that someone's already tried it! And the fact that that someone is a nightmare spider just adds insult to injury.

"Honey? Where do we keep our biggest hammer?"

This right here? This is a hammerhead bat. It's called that because you need to take a hammer to its head if you have any hope at all of surviving.

His name is Harvey Dentata.

I knew my mom was keeping my teeth after I left them under my pillow for the tooth fairy, but I never understood why she brought them along when she met up with all the other moms in the neighborhood, or why they met so often. So this is illuminating.

This man is learning why you should never trust Google Maps. Just take the highway.

"Welcome to my concerto."

So I just had the poop creeped out of me. I'm not someone who believes in ghosts, but I was sitting in my room, alone and in the dark, and I heard the strings of my violin being softly plucked. My violin is hanging on the wall several feet away. So I gathered my courage, grabbed my phone, and used the camera light to investigate. A goddamn spider was playing my violin. Not even joking.

Now, it's already deeply unnerving to spy a live alligator in your sewer system. But why's he gotta smile like that? What secrets does he keep?

"Oh, now I remember. I meant to go the exact opposite way."

Here's a bit of a breather — this isn't an image to make you go nope, it's an image that makes this man go nope. Personally, I think the moose seems very nice and I would invite him over to my house for tea.

When you're this tall, it's almost rude not to hunch.

Someone made this Jason Voorhees statue an, in an act of supreme cruelty, tossed it into a lake for some poor scuba diver to see (and be scared to death by).

This guy has total "toddler who knows how to do a side-kick and wants to show all his mom's friends" energy. We get it Davey, you're very talented. Now go play Nintendo.

Tarantulas? Scary. Tarantula hawks? Even scarier — what, are tarantulas taking to the skies? And to throw a dash of wasp in there too? Yes, I don't know what to do if I'm bitten by a tarantula hawk wasp — cry until it finishes eating me.

Who just hops in a hole like this? People looking to get out of their student loans by disappearing deep into the earth, that's who.

Well, feeling safe in the world was a nice feeling while it lasted.

I don't know how big the biggest knife I own is, but I'll tell you this — it's not big enough to ever make me feel comfortable going to sleep now that I've seen this.

Some wasps have kids with mantises, and that's okay.

Remember when superhero movies stopped trusting a single villain to carry a movie, so they started pairing up B-tier villains like Catwoman and The Penguin in Batman Returns and Sandman and Venom in Spider-Man 3? Well, none of them were as bad as this.

The only logical explanation for this .gif is that a CIA experiment has gone wrong and a man was turned into a tree, and then someone accidentally stabbed that men-tree.

It's just so wobbly.

This would be much less nope-worthy if my man here didn't sway to one side before he hopped off the building. For my sake, I hope in the future he tip-toes to the edge and gingerly hops off.

Woman discovers that her headaches have been caused by a spider living in her ear.

I will have to one day battle this creature. It is my destiny. Of this I am certain.

This is the Harpy Eagle! A very big eagle. Just so people know, this is a real animal. It has a beak, not a mouth. It's not a person in a costume either!

The inside of a turtle's mouth.

Must be some interesting books.

Why are these people so relaxed dangling off the side of a cliff? Their calm expressions are so opposite of how I'd react that I almost feel like I'm being lied to.

They put bones in a church.

I haven't been this upset at church since Christmas morning 1996 when my mom dragged us all to mass after we'd just gotten a Nintendo 64.

Without question, the worst thing I've ever seen.

If you've made it this far, you're ready for the most gnarly .gif I've ever laid my eyes on. Bart Simpson is just a boy. He's just a boy.

And speaking of my childhood icons being ruined forever...

This Bugs Bunny is far more polite than the Bugs Bunny I know. And I absolutely dislike that about him.