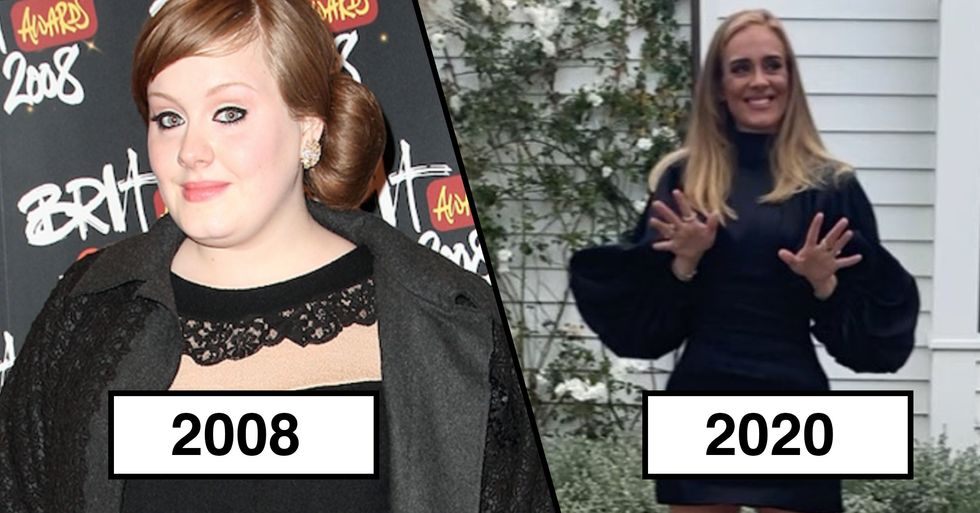 Adele is a household name, especially at the minute.

After Adele shared an incredible photo on Instagram, fans have been left utterly speechless.

And whilst some people might only just be realizing how amazing she is, we've got some pics to show you that she always has been.

Keep scrolling to see this queen over the past few years...

She won multiple awards within the year after her graduation in her native UK.

Fans went crazy after she shared a picture on her birthday showing a dramatic weight loss with many of them sharing how flawless she looks.

She looks great now, but also not to be forgotten is how great shes always looked!

So, we've got some pictures of Adele over the years to prove she's always been a Queen...

Let's start with Adele as a child.

With a cheeky gappy smile.

Performing at Radio 2 Live. Even then she was always having a laugh.

Arriving at the Brit Awards she looks babyfaced.

Even on one of the biggest TV shows, she still keeps it real.

The year she won Best New Artist and Best Female Pop Vocal Performance at the Grammys.

The year her classic bouffant hair came around.

Her success continues to grow.

What an iconic picture.

When Adele was awarded her MBE for her services to music.

Also the year she was made into wax.

Pretty strange, yet also pretty cool. Not many people can say they have that.

We certainly wouldn't look this good if a camera was this close to our face.

Also the year she made The Rolling Stones front page

Which is a pretty big deal.

The year she made everyone fall in love with her after rapping Nicki Minaj's, Monster on Carpool Karaoke.

The fun side of her still comes out.

Also the year she turned 30.

And jokingly, showed her age.

The year we could all relate to her.

The one where she turned thirty and sent the world crazy, yet again.

So, there you go. A flawless Queen from the beginning.