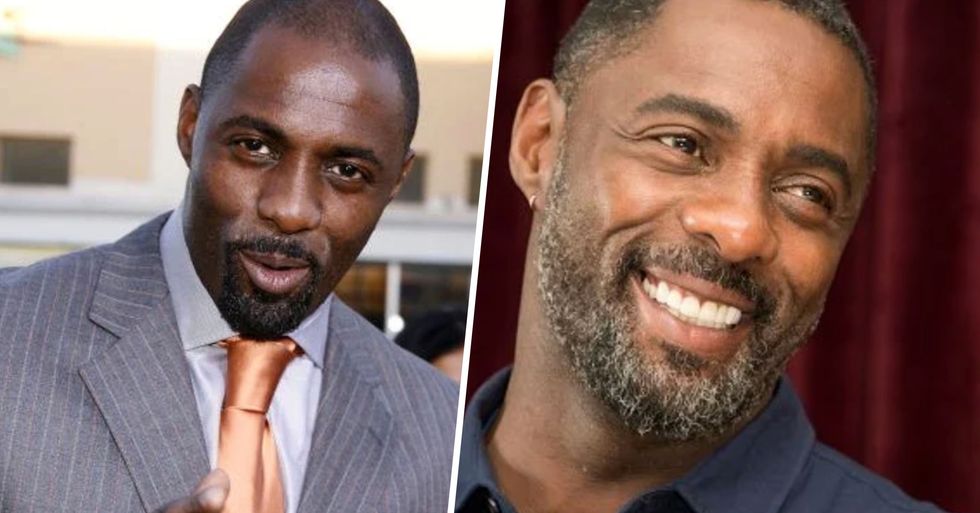 If you're trying to think of one of the nicest actors working today, you'd be hard pushed to do better than Idris Elba. The star of HBO's The Wire and BBC's Luther is known not just for his incredible acting talent, but for being an all-around great guy. In fact, he's one of the foremost on many people's list of celebrity crushes - and with good reason.

And since he can't seem to shake off this heartthrob status, I've compiled a timeline of his most attractive photos for your viewing pleasure because you know what? He deserves all the appreciation in the world.

Keep scrolling to see how much he has changed over the years...

Idris Elba is a man of many talents.

Born in London, UK, in 1972, the star has made a name for himself, not only as an actor, but as a director, producer, musician, DJ, and rap artist.

He's also considered one of the most attractive men in the world.

According to a scientific research carried out by a cosmetic surgeon, Elba is amongst the top 10 most beautiful men in the world for his near-to-perfect facial features.

Even without the evidence, we would wholeheartedly agree.

There's a reason why Idris Elba is so highly praised and it's not just his looks putting him in the top spot as you're soon to find out. Keep scrolling to see his most iconic looks throughout the years.

Let's start off here. At the ripe age of about thirty, Elba first caught our eye at the premiere of The Sopranos (Season 4).

And then the following year, he was seen at yet another one of Jay-Z's events.

Later on in the year, we saw him flex his muscles at the 40/40 Club's one year anniversary. This is was a sight to witness.

German air really does a lot of good for Elba. Wow.

How could I not include this photograph?

And check out this photograph of Elba and his daughter slaying the red carpet at the premiere of Daddy's Little Girls.

From 2007 and onwards, Idris Elba has now claimed the color orange and that's final.

An all-black number? We love.

His smile brings happiness to the onlooker. Here he is flashing his pearly whites during an appearance on "The Sauce."

If there's a suit that could make a man, it would be this one.

I had to include this little white and blue number.

Here's a picture from when Elba won the award for Best Performance by an Actor in a Mini-Series or a Motion Picture Made for for Luther.

Why is he sat watching the Mercedes Benz Fashion Show when he should be starring in it?

Here he is at a charity event helping volunteers raise money for different organizations. He constantly gives back to the community, even if those bright red pants aren't.

And who could ever forget this iconic double breasted coat from the Women of the Year Awards?

Do you know of any other man that could pull something like this off? The answer is no.

No one's even looking at the car when Idris Elba is in the room.

He also knows how to keep it casual. Get you a man who can do both. Here's a nice photo of him at the Social Good Summit.

I know I previously said that Elba owns the color orange... He also own indigo.

A man who knows how to accessorize.

This is, hands down, one of his best red carpet suits. The fit, the buttons and the bowtie all compliment each other perfectly.

This mish-mash outfit isn't working for me but how on earth is this man is getting younger as the years go on?

An angel, no other words needed.

Imagine being this much of a fashion icon? Only Idris Elba can relate.

Even though Cats may not have been the best decision for his career, this outfit was. Elba is like a fine wine, he only gets better with age. And if you want to read more about his life, then keep scrolling.