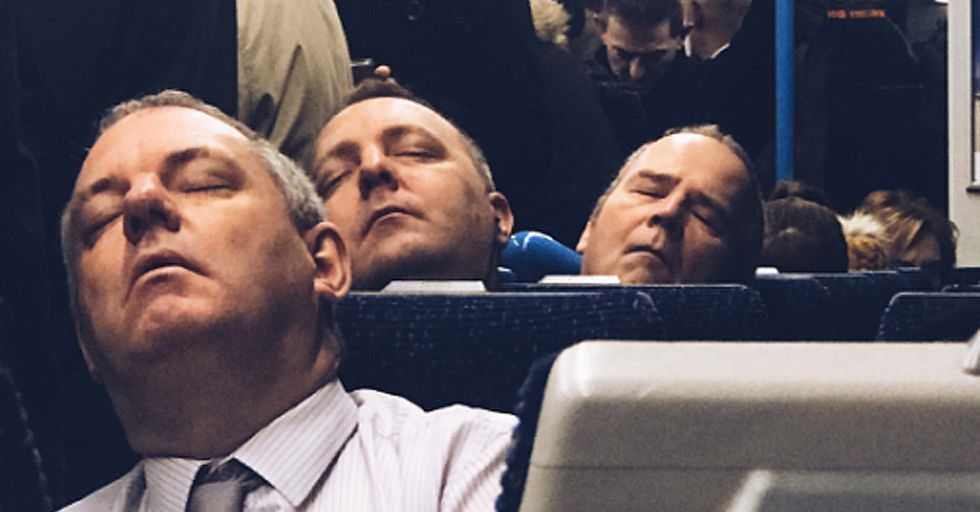 There are some coincidences that occur in life that you can brush off as just being "one of those things."

There are coincidences that truly boggle the mind and make you wonder whether there's something bigger going on. The coincidences in this list are of the latter variety.

They spent $3.25 and then received the ticket number 325. Maybe this is just a random coincidence...or maybe whoever's running things around here has a pretty good sense of humor.

Someone got this fortune and then found the money literally around the corner.

I don't know about you, but I'm going to start paying much closer attention to my fortunes from now on. Wouldn't want to miss an opportunity like this one.

It's probably a good thing this didn't happen with sixes instead of sevens. I think that would have been a bit scarier.

Pay close attention to the location of these moles:

Now, compare them to the stars of the Cancer constellation. For the final mindblowing piece of the puzzle: The person pictures is indeed a Cancer. This next coincidence will make you pay closer attention to the cars around you next time you're driving around...

Look at these license plates:

They're exactly one digit apart! What are the chances?

Have you ever wondered what cliff is pictured on the CLIF bar wrapper?

It looks like this person found it. And they just happened to have a CLIF bar with them! How fortuitous!

These two people were guests at the same wedding.

They hadn't met before the wedding, but they look very similar and happened to be wearing nearly the exact same outfits. It looks like there were two pairs of soulmates at the wedding, after all.

Are you seeing what I'm seeing?

I'm pretty sure this indicates some kind of glitch in the matrix. Somebody should probably call Keanu.

This phone case perfectly matches the wood of the desk it's resting on.

Even more shocking? The desk itself is from the '80s. How did this happen?! Here's a coincidence for the dog-lovers out there...

What a convenient label!

You know, just in case you were wondering what kind of creature was sleeping in front of this window. Do you think he can read and chose that spot specifically?

This window filters out the exact wavelength of light reflected by the gloves.

I would never have even thought to check that my gloves were visible in the light from my windows. I've learned a very important lesson, thanks to this Internet citizen.

Personally, I'm really hoping it's the latter. Otherwise, it's time to move. To another planet.

On the right is the dad's hand. The tip of his index finger was cut off when he was 10 years old.

On the left is the son's hand. He was born without the tip of his index finger. Mind=blown.

Why don't you try dressing like your tissue box? It's the hot new trend. Or you could do what this next dog did...

These two couples had never met before this picture was taken.

Can trucks have soulmates?

'Cause if so, I'm pretty sure we found a pair of them. They're literally each other's other half.

After drinking their latté, this person found a world map in their coffee cup! Maybe it's a hint that they should start traveling.

Is it sunny outside or are you just happy to see me?

Next time I'm in the market for a door, I'm going to look for one that smiles at me when the Sun is shining through it. Share this list with someone who would get a kick out of these coincidences!