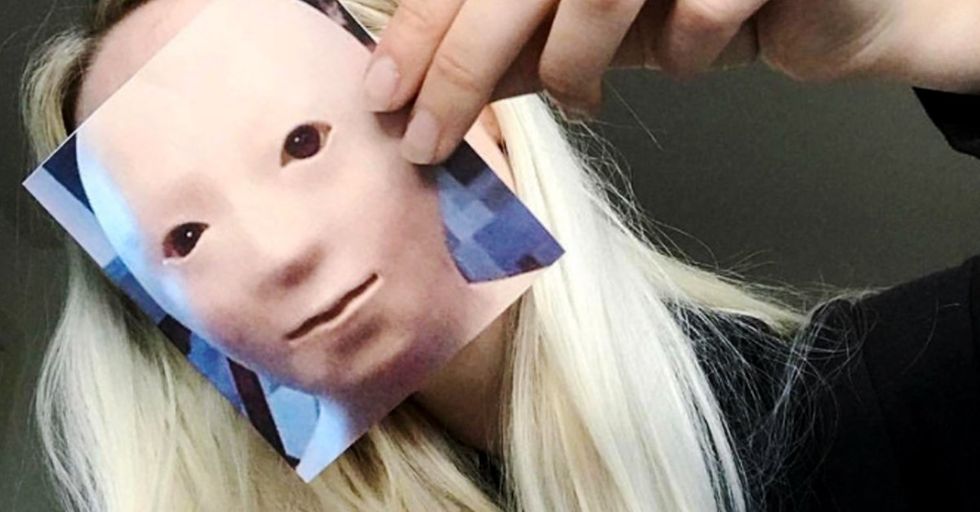 19 Photos That Will Make You Really Uncomfortable for No Reason

Actually, there are many reasons these photos will make you uncomfortable.

So brace yourself because this is going to be a doozy.

We're really starting off with a bang.

That's an egg, but where's the yolk?!

Whoever heard of a yolkless egg?

Hey, at least she'll definitely be able to hear her phone whenever she gets a call.

I don't think human necks are supposed to be that long or bend like that.

I think that kid's neck is truly unhinged from his body. The next one will have you sticking your tongue out in disgust...

I hardly want my peppers to taste like peppers, let alone my tea.

I don't know what this is, mostly because I looked at it for one split second, said "OK!" out loud, and then shut my eyes really tightly. How about you?

Let's agree to not ever with these. Nope! No thank you.

I have no idea what's going on here but I think those are real mouths.

This begs the question, "Um, excuse me, WHAT?!"

If this is what actually happened to your foot when you wore heels, no one would ever.

The next one is absolutely absurd...

Nothing to see here.

Just four life-size dolls floating in a pond playing some sort of game or something. Move along now.

I cannot stress this enough: If you type on a computer a lot and you need to get little plastic fake finger covers to put over your nails, we are not going to be friends. End of story.

Why would this ever be a desirable look?

Answer: It would not.

This just really doesn't seem safe or sanitary for so many reasons.

There is way too much room for error with this design.

Don't worry: The next one is a bit more lighthearted...

The only reason this adorable picture makes me feel uncomfortable is that this pug actually looks like he belongs on that bench in that outfit.

This simultaneously looks like hair and pimples and there is no way I'd sleep under that blanket. Sorry not sorry.

I have a few very specific questions about this picture:

This is just not how human bodies work!

This is an accident waiting to happen.

What if it gets yanked out of her ear?! It hurts just thinking about it. Share this with someone you want to totally skeeve out today!