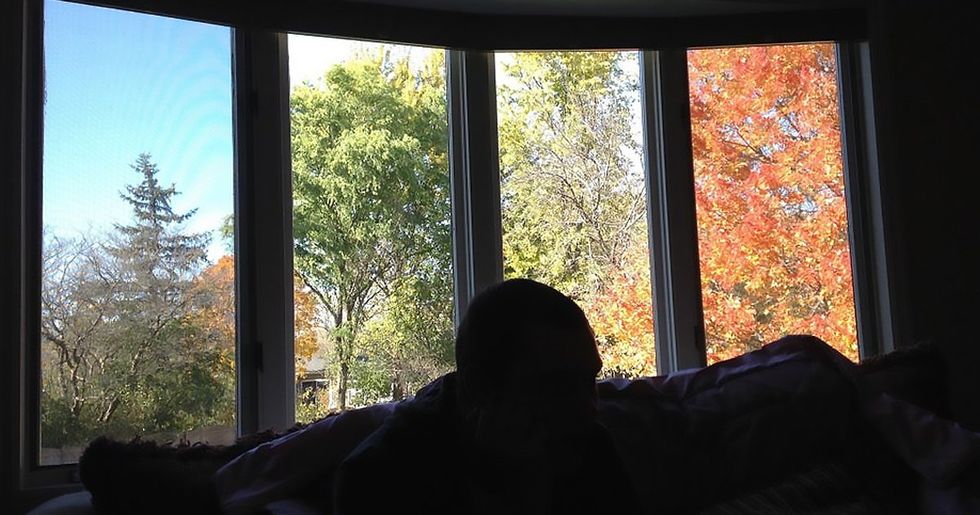 Photos That Will Tickle Your Brain in a Good Way

If you have an internet connection, you're overstimulated. Sorry, that's just a fact. There's so much news, music, Youtube videos, and photos of babies coming in on a daily basis that it can feel hard to ever relax. Everything is just too interesting! And to paraphrase Buddy from The Incredibles, when everything is interesting? Nothing is.

That's why some of the best images are images that are only mildly interesting. You can take them in, go "huh, that's kind of interesting," and move on with your day. It's actually very refreshing!

Reddit's /r/mildlyinteresting subreddit is a haven for these types of images. They're just intriguing enough to tickle your brain, but not so intriguing you'll have to spend the rest of the day researching them like they were some convoluted Harry Potter theory. In terms of things you can see on the internet, these mildly interesting images really are the best of both worlds.

Local Mexican restaurant used to be a Chinese restaurant. Instead of painting over a mural, they just put sombreros on the pandas. - Bombaskos

Wait, it was a real cliff?

Found the cliff this Clif bar came from. - AnGabhaDubh

At least you know you're not adopted.

I have a hereditary gap in my eyebrow. - zoeck014

My friend met a stranger at a wedding that looked just like him and was wearing the same thing. - drebler

Stretch out, get comfortable.

I got a whole plane to myself when I was accidentally booked on a flight just meant for moving crew. - shadybaby22

And they only clap for me.

I built a miniature audience out of ads I got in the mail. - Kungfoohippy

My broken antenna on my car looks like a half sunken boat. - ogre_easy

I got up close and squinted, and it's true — they do not overlap.

I drew poppy outlines for my class to cut out — they look like they overlap but don’t. - SlipperyPockets

It almost looks like one guy sitting between two mirrors.

These three random men in my photo look like the same person. - thrashbandit

The fishes have to appreciate that.

The golf balls at the mini golf on this pier are biodegradable and fall into the sea at the 18th hole. - gostoney

It's always good to have more information.

This Toothpaste describes what each of its ingredient is and its purpose. - TheLonelyCaricature

I wonder if inside me is another even sadder me.

My dog destroyed her toy cactus, and there was another sad cactus inside. - jpellizzi

What a great idea.

This furniture hardware is sorted by step rather than by type. - ctli94

Who planted this broccoli here?

It's a natural form of pressing Command + I.

The angle of the sun removes the italics on the shadow. - aviatorlj

As thoughtful as a refrigerator could be.

Our refrigerator has revolving levels so you can reach everything easily. - seraphim2703

What time of year is it?

This window makes my back yard look like it’s in four different seasons. - pommiegurl130

And someday, it will be again.

My college used to be a shopping mall. - Colecaliber

It looks like a plastic model before it's painted.

My neighbor's house encased in ice after the recent blizzard in Ohio (on shore of Lake Erie). - insanezane777

Do you think they used that desk to make the case?

My friend's phone case blends in with this 1982 school library circulation desk. - iamnotchris

About as thoughtful as graph paper can be.

Some people are more comfortable standing out in a crowd than others.

This one dude in the crowd in a neon shirt. - Packyadacks

But which one is stronger? The one you feed.

My black cat looks like my white cat’s shadow. - JoshuaForLong

This bee is destined for stardom.

This bee photobombed my picture and ended up in perfect focus. - RDIIIG

Did they plan this?

That's what you get for mowing your lawn one last time before November.

My grass is an inch lower... and got frost. My neighbors did not. - Chamber11

He gives the best high fives.

This eggplant has a pair of hands. - BunKuro

You can tell exactly what part of the year I had an intern who couldn't properly use a three-hole-punch for my binder. - halfslices

Didn't know The Riddler had a cat.

This cat has a question mark on its back. - JupiterSMH

This is the toilet paper in a café restroom. - jzakaryan