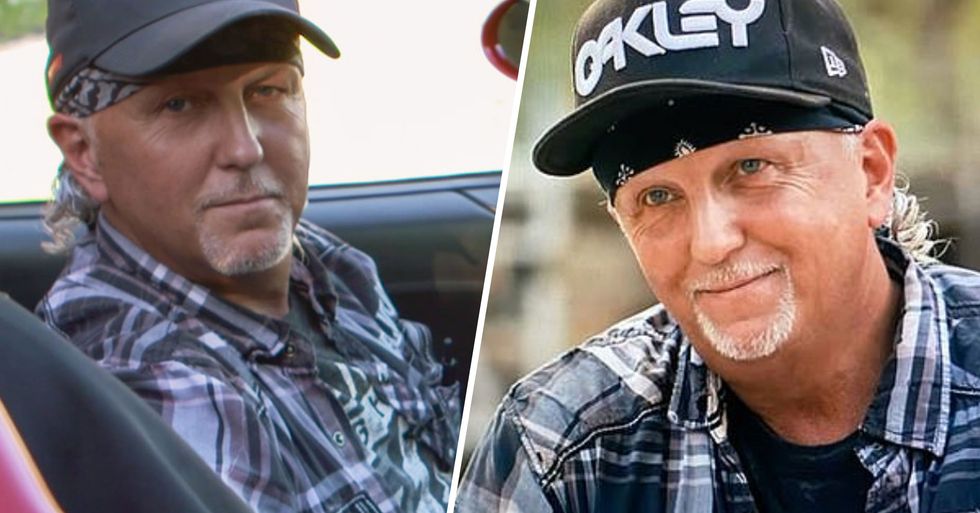 The entire world is currently obsessed with the drama from Netflix's Tiger King and Jeff Lowe is currently facing the most heat.

A series of mugshots have emerged of the entire cast and fans can't get over what Jeff looks like without his signature hat...

The world is currently obsessed with Netflix's Tiger King...

And it is perhaps the most binge-able TV series yet.

It gives us a tantalizing insight into the captivity of big cats here in America.

And after this marriage fell apart...

Joe was sentenced to twenty-two years in prison for attempting to have Carole murdered. He hired a hitman to take Carole out whilst she was biking down a deserted bike path, but the FBI became involved and they thankfully managed to put a stop to this dangerous plan.

And even though this is poking fun at real-life events, we cannot get enough during our lockdown. You can read the full list of all the best Tiger King memes at the end...

But the scandals are far from over.

But Jeff himself decided to speak out about the conspiracy...

And, as you can imagine, it was the most bizarre response.

He replied: "You're a brilliant man and she is not my type. If I was stuck on a deserted island with her, I would f*** a coconut. I've seen the side by side pictures. It looks more like John and Joe's love child." Ouch.

"If I was stuck on a deserted island with her, I would f*** a coconut."

We aren't exactly shocked by this response...

Because, let's face it, classy isn't at all Tiger King's middle name.

We've never experienced a group as dysfunctional as the one involved in the series...

And it seems that they all have very similar backgrounds going from recent reports.

A series of mugshots have emerged...

And just wait until you see Jeff Lowe's!

It looks like Joe Exotic wasn't the only one who was arrested...

Joe's ex-husband, John Finlay, was open in the series about his past with drug use and crime so it doesn't come as a shock to see his mugshot emerge from the woodworks.

John has been in and out of prison over the years...

And his most recent visit was in 2018 when the mother of this young biological daughter filed a petition for a protective order against him.

Here's one that shocked us slightly...

Joshua Dial is Joe Exotic's former campaign manager and even though he appeared to be clean on the series, he has been arrested 5 times for drug use, DUI, and felony assault.

Yet another one to shock us...

Kelci "Saff" Saffery was best known for being the loyal zookeeper who had her arm bitten off by a tiger. Unbelievably, he's been arrested for a DUI, carrying weapons, obtaining goods by bogus check/false pretense and failure to appear warrants. Yikes.

Frank Allen Glover, the man who Joe hired to kill Carole, has a rich criminal history dating back to the mid-1990s and spread out over 4 states. He's been arrested at least twenty times, including for an open container  DUI, domestic violence, and possession of drugs.

And finally, the one we've all been waiting for...

The one and only Jeff Lowe's mugshot.

Jeff has had his fair share of legal drama and he has been arrested countless times for fraud and the unlawful possession of wild animals - including his notorious "tiger cub parties" in Las Vegas.

Seeing this mugshot has answered many questions of curious fans...

When they showed jeff lowe’s mugshot, i understood why he always wears both the bandanna and the hat
— taylor laney (@taylor laney)1585428991.0

And the biggest one has now been answered... we now know why he insists on wearing that god-awful bandana and hat combination.

He doesn't have the biggest fan base in the world...

And he has now become yet another victim of online trolling.

Good luck with the jokes, Jeff!