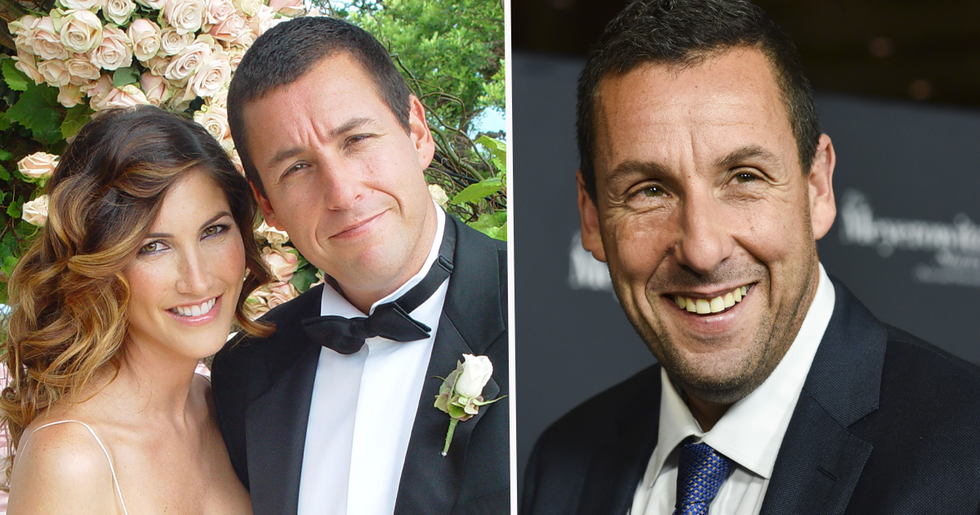 Adam Sandler, despite being one of the most-loved comedic actors in Hollywood, isn't known for starring in the most critically acclaimed of films. Harsh, we know. But it's true.

As much as we love him, we've got to admit, his films are often more on the chick-flick comedy side of the movie spectrum, and don't tend to fare too well on cynical movie rating websites. Until Uncut Gems, that was.

But now Sandler has hit headlines for another reason - and the internet doesn't know what to think!

Sandler continuously struggled at the hands of film critics, who often raised their eyebrows at his goofy and often silly performances.

As his most recent movie, Uncut Gems, has truly been turning the heads of film buffs. Keep scrolling for the trailer.

The movie has scored a staggering rating of 91% on Rotten Tomatoes.

No easy feat, to say the least.

‘Uncut Gems’ best film of year and one of the best of the decade! What other movie of any of the movies understood… https://t.co/Np2rSIfhSf
— Gabriel Gundacker (@Gabriel Gundacker)1578953633.0

It was even predicted to be a winner at the Oscars...

In Rotten Tomatoes' "Ridiculously Early Oscar Predictions" list, Sadler has made the list to be a potential Oscar winner for the "Best Actor" award, with them stating: "He is beloved by many, but he has not been much of critical darling, especially lately. That being said, when Sandler teams up with indie directors, good things happen." But of course, the flick was ultimately snubbed this year.

But now Sandler has hit headlines for another reason.

He was spotted out and about buying tampons.

And he didn't care who knew it!

Some people were thrilled.

It is nice to see a guy running errands for the women in his life.

Others had a pretty strong reaction.

Although others have pointed out this just indicates how low the bar is.

Are we really celebrating a man buying tampons in big 2020? Want more from Sandler? Scroll on to see how he reacted to his Oscar snub ...