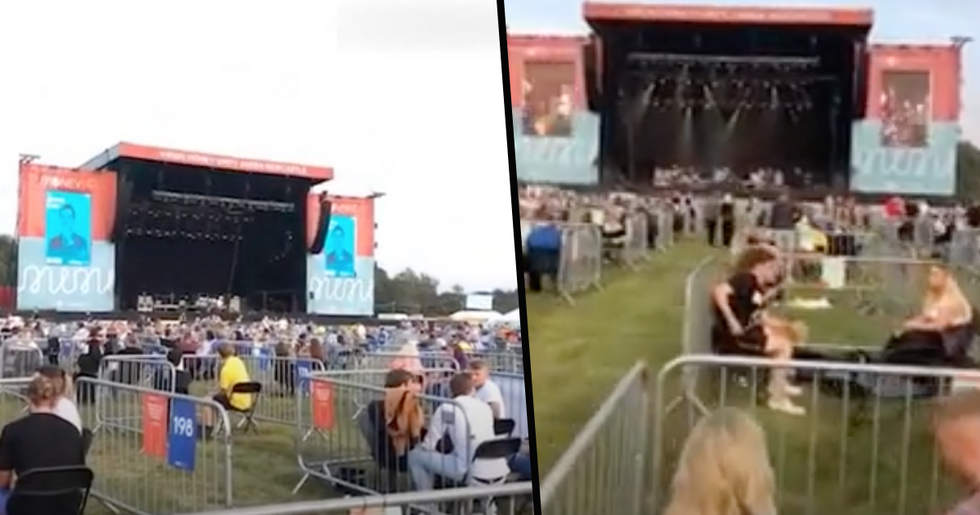 Pictures of First Ever Socially Distant Concert Could be The Future

Pictures have emerged online of what is being hailed as the first-ever "socially distant" concert, and it could really change the game...

Amid the pandemic, concerts have been a firm no go.

Large crowds, drinking, and dancing aren't exactly the best combination when it comes to social distancing.

It's been a devastating blow for music lovers...

Many of whom have been eagerly awaiting the green light for when concerts can resume.

The likes of bars, stores, and hair salons are open again...

But there was still no word on how concerts could begin again amid this new normality we're living in.

Yesterday, pictures emerged online of what is being hailed as the world's first social distant concert.

And it may be the future for concerts as we know them.

This really could change the game.

There's no doubt the global pandemic has hit the world hard.

We are still in the midst of lockdowns, quarantines, and social distancing measures.

Such as coughing, sneezing, and touching things with your bare hands... not exactly great for concerts.

But, there are areas of normality starting to resume.

And this week, it was great news for concert-goers.

The event took place on Tuesday at the Virgin Money Unity Arena in Newcastle, England.

British artist, Sam Fender, took to the stage in front of a crowd full of fans.

But how on earth did they make it socially distanced, you ask?

Of course, there were people drinking beers, wearing face masks — you know, the kind of thing you'd expect.

But, if you take one look at the crowd, you'd instantly see this was not your average concert.

As you can see, everyone danced and mingled in an individual socially distanced pod.

There were five-hundred in total, with up to 5 allowed in each.

Now, many of you may think that this spoils the atmosphere of the concert.

But actually, a lot of people seemed to enjoy it. After all, there's no pushy people, no one screaming (or slurring) right into your ear or bashing their drink into you as they shove past.

Could this be the new future for concerts?

What do you think? Could you attend a concert like this, or would you rather wait it out? For more on how people are making the most of these social distancing measures, scroll on to read about the teacher who has truly gone above and beyond to make her students feel safe when returning to school...