19 People Who Clearly Know Something We Don't | 22 Words 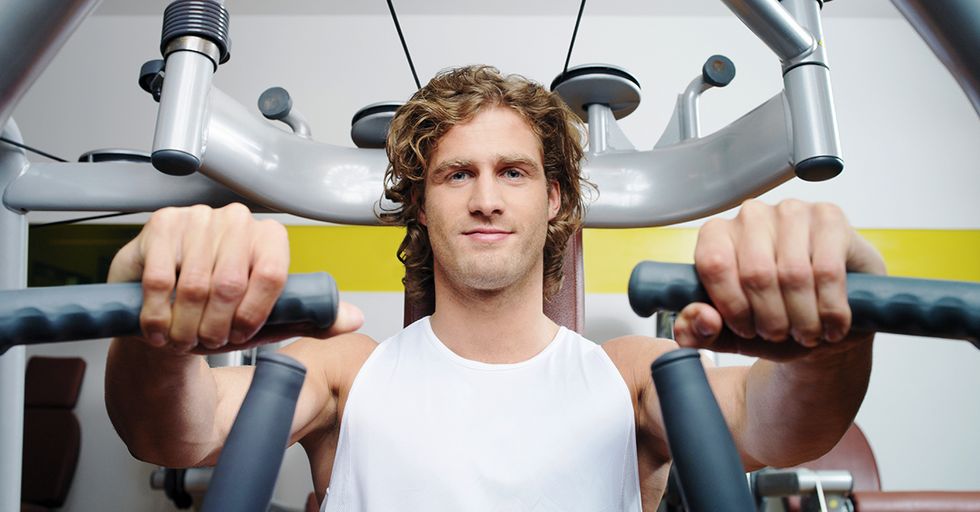 19 People Who Clearly Know Something We Don't

Some people have life figured out.

I don't know how they do it, but they appear to have solved all of life's problems.

Almost every day, I see something (either online or in person) that makes me do this:

Mind. Blown. If you're looking for your daily dose of awesome humans who have taken their lives to the next level, well, read on, friend. 'Cause I found a bunch of 'em.

Class getting too tiresome for you? Meditate. Don't try to change the world around you. Sometimes, change must come from within.

This twin wins the Most Valuable Sibling award:

If you're an identical twin and haven't posed for a picture of your other half, what are you even doing with your life? Get out there and do it!

This grandmother knows what's up:

We've had three different Popes in my lifetime. Three! Popes die. But Harry Potter is forever. Know that it's OK to prioritize the things you love in life.

This guy at the DMV:

He ordered a pizza to be delivered to him — while he waited in line at the DMV. That is hardcore #goals. This next one is strikingly similar.

This guy also needed a pizza:

But he was lying down in bed and couldn't be bothered to get up to answer the door. (I hope he tipped the delivery woman for going the extra mile!)

This guy clearly knows something we don't:

Obviously, he has solved physics. I'm calling him for my next move.

I get where he's coming from. Some veggies truly are evil. (Lookin' at you, kale.)

If you ever see someone doing this in real life, follow them. You'll either find the true meaning of life or wind up in a math problem.

This college student is having a class time snack.

And it's cheese. Literally just a block of cheese. I am in awe. Next up is the best Amazon review I've ever read in my life.

An A+ Amazon review.

This guy could have just written a few more words. But no. He wrote a haiku instead. Be like this guy.

This Jeopardy! contestant has all the answers.

Or should we say, "all the questions"? Either way, he's a guy I'd like to be friends with.

Find a hobby you enjoy. And then do nothing else.

This kid is going places:

Some may read this cover letter and laugh but do you know what? I think he's actually onto something here.

This fellow is sending some mixed signals.

I don't know exactly how he managed it, but he is both 100 percent invisible and very visible at the same time. Amazing. This next guy has solved an age-old problem.

He just cut his laundry time in half.

He'll never have to worry about finding matching socks again! Think it's possible to do this with your entire wardrobe?

This food service employee is clearly on the next level.

I'm guessing he knows something we don't know. But, boy, I'd sure like to.

Here's a concert-goer who knows that standing kinda sucks:

Apparently, he hurt his ankle, and this was his solution so he could still see the band perform. I like that ingenuity!

Need a table? Bring one!

Why not make your life on public transportation a little more comfortable? I like the way you think, sir!

This is the real way to study.

Well, that settles it. I'm never going to the library without a bedsheet ever again. Share this with someone who could use a bit of inspiration!