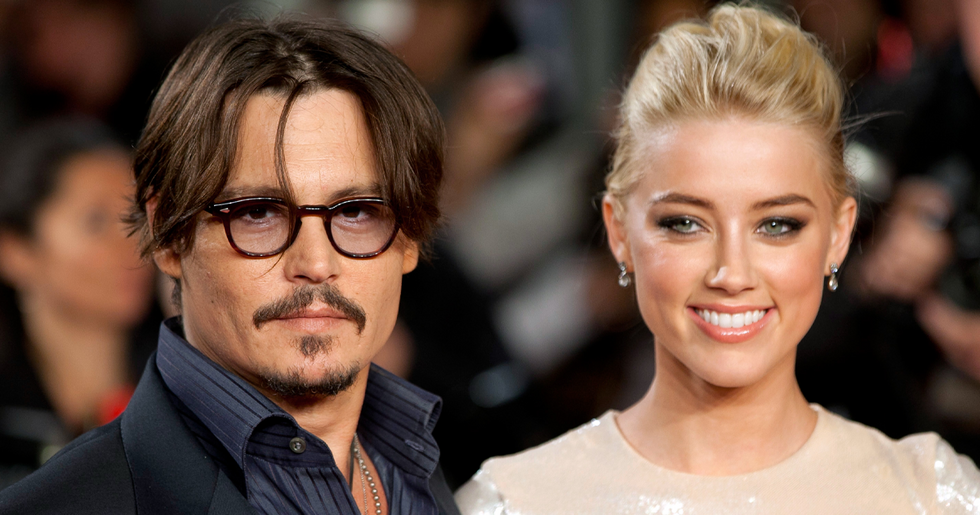 Over the past week, Johnny Depp and Amber Heard have been in court for his libel case against The Sun newspaper.

As the trial continued yesterday, the court was shown a shocking photo of Depp's face injuries allegedly caused by Heard...

It all seemed to be going well...

Their dramatic Hollywood trial has seen the pair both allege shocking details about their tumultuous relationship. For example, just a couple of days back, a photograph of Depp with ice cream spilled on his legs during a private flight was shown.

Heard allegedly showed Depp the photo, which was taken in 2014, the day after it was taken.

At the time, she reportedly told Depp: "Look at what you've become... look at you, it's pathetic," when showing him the snap.

Depp spoke about the picture while giving evidence in the trial at the High Court today, claiming he had been working seventeen-hour days at the time and had already agreed he was going to go to the Bahamas to detox.

She claimed that during the flight, Depp had been drinking heavily and threw objects at her, pushed a chair at her, slapped her, and kicked her in the back before passing out in the toilet.

As the trial continued, Heard's diary entries were also brought up in court.

In them, Heard describes a "terrible" fight she claimed she had with Depp on a train journey during their 2015 honeymoon in Southeast Asia.

Connolly is said to have been on the same train journey the alleged fight occurred. “So, if a fight had taken place at 3.30 in the morning, do you think you would necessarily have known about it?" Connolly replied: “I would never have known about it."

As per Press Association, Heard wrote:

Connolly also stated he had “heard of" instances of Heard attacking Depp.

On Tuesday, in another twist, Depp shared a "disgusting" photo that led to the pair's divorce.

Honorary Mr. Justice Nicol was shown 3 of the images on day 6 of the trial.

The photo in question allegedly show's Heard's feces in the bed. The star claimed Heard did this in the bed after a birthday bust-up between the pair.

Depp said it was a "fitting end" to his relationship.

Cleaner, Hilda Vargas, said she was "horrified and disgusted" to find the "fresh feces" which she said could only have been left by a human.

Vargas has worked for Depp for more than thirty years.

"I pulled back the top sheet on the bed and saw a large pile of feces. "I was horrified and disgusted. It was clear to me that this was human feces."

She went on to say that it "couldn't have come from either of Mr. Depp's or Ms. Heard's 2 small dogs."

"I have cleaned up after those dogs many times and their feces are much smaller. Further, I have never known those dogs to defecate in the bed."

She went on to say it showed a "lack of respect" and took photos to show Depp's estate manager, before washing and changing the sheets.

Yesterday, as the pair returned to court once again, another development in the case was made.

In the court, a photograph was shown of Depp's face with injuries allegedly inflicted by Heard.

The snaps were shown in support of Depp's libel claim against The Sun.

Security guard Sean Bett, who has worked for Depp for 9 years, said he took 3 pictures on his cell phone of the actor back in December 2015.

"Mr Depp told me that Miss Heard had slapped him in the face a few times," he said.

Bett also revealed a fourth photograph of an injured Depp...

He alleged that the injury in that picture was caused by Heard following her 30th birthday party in Los Angeles in April 2016. But barrister Sasha Wass QC told the court that the snap was actually taken in March 2015 on a date when Heard had already admitted to attacking the actor in defense of her sister, Whitney. The trial continues. Stay posted for more updates.