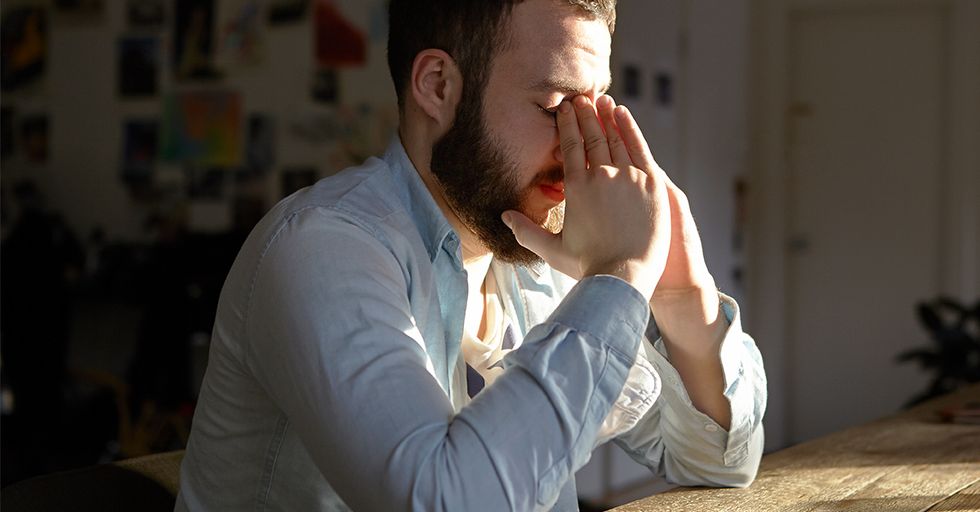 19 Pictures That Might Make You Lose Your Faith in Humanity

I think that taken as a whole, people are pretty great.

They create art and music and books and poetry and food and all kinds of wonderful things that make life better.

But sometimes, my confidence is a bit shaken.

Everybody makes mistakes! But these? These are on another level.

They're coming from a good place (I think).

This was a submission in the "No Stupid Questions" subreddit. Hm.

"My husband is less than yours!"

It's a nice sentiment. Shame they literally wrote the exact opposite of what they meant to, though.

Just because there are pickles on the plate doesn't mean you have to eat them. Life-changing stuff, I know.

Either this person has never heard a knock-knock joke before, or they are severely trolling the joke teller. Personally, I'm holding out hope for the second option because the first is just too much of a bummer. This next one is hilarious...

That's not how that works.

That's not how any of this works. Try again! (Actually, maybe don't bother.)

What are the chances that someone named Tony Hawk would actually be the Tony Hawk?! Oh, pretty high, you say? Interesting.

Next you're gonna tell me that they've got planes in the sky as we speak! We're clearly in trouble here.

I appreciate that she was thinking about her kids and making things easier for them. But she definitely was not thinking about, you know, how the world works. This next picture is for anyone who hates ironing...

Apparently, there is something called "ironing water" which is scented so when you iron your clothes, they smell nice. But — and this may surprise you — it's completely different from flavored water that's meant for drinking.

You had to use a lifeline on this one, huh?

There are so many things to comment on in this picture. Like the fact that 29 percent of the audience voted on the wrong answer. Also, we should definitely make "zebraforce" a thing.

Didn't quite think that one through.

All around the globe, you say. A*ROUND* the globe.

I know it may be a controversial opinion, but I firmly that if you eat meat, you're not vegan. Like I said, totally controversial.

Then how did you take this picture?

I like to think that every single person in this picture was making the exact same post as this person. And now for a pillow that will make shake your head...

Think anyone falls for this one?

I understand having separate listings for two different countries. What I don't understand, though, is why one costs so much more than the other.

Well, I'm convinced. I need to buy that phone!

That's not how pH works. Not even a little bit.

That would be a cool feature, though.

This is ridiculous. Everyone knows that all you need to do is hold the picture up to a mirror in your house.

Sure, they briefly misunderstood how fractions work, but at least they had some delicious rice pudding in the process. Share this with someone who needs a laugh!