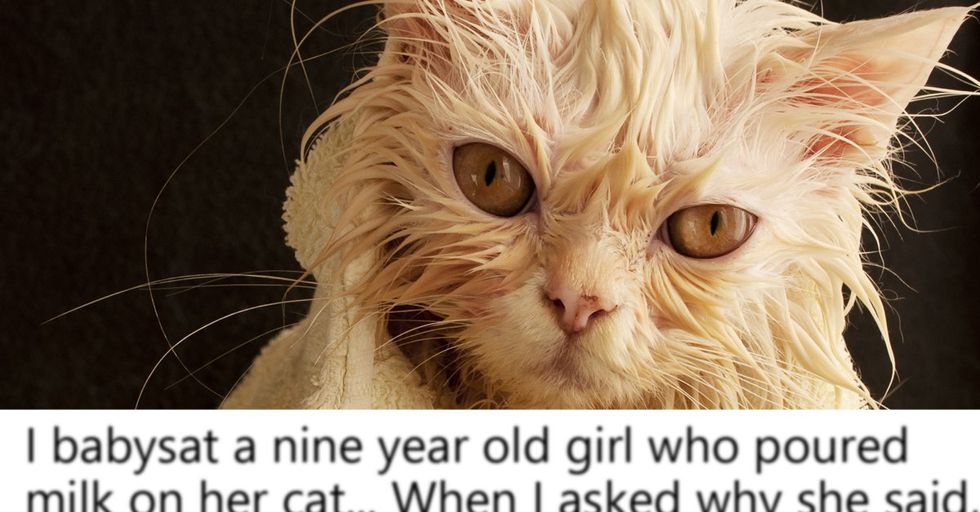 30 Kids Who Are So Funny, They Might Actually Be Geniuses

Kids say and do the darndest things, and sometimes when they're technically wrong, they can still be right on so many levels.

You can almost feel what a handful some of these hilarious little smart-alecks are. Good luck to their moms and dads!

To be honest, I think "Bob" and "Sam" sound much more fun than "square" or "rhombus."

She did eat half her grapes. Can't argue with that.

I think we can all agree that it's dangerous to circle a tornado. Although I'm thinking hanging out at the park wouldn't be the safest option either.

It's that unspoken rule. No wonder grown-ups are weird.

Ask and you shall receive. Nothing fuzzy about that math.

How is that wrong? They did circle every zero.

"Now a red solo cup is the best receptacle, For barbecues tailgates fairs and festivals."

Bobby is probably just thinking about all that mad loot he's got. Sorry, Amy.

Bonus points for the cleverness and the random ones thrown on at the end.

Not many people are familiar with the arctic word bank, a very close relative to the walrus.

Duh. How else are you going to do it?

How has nobody thought of this before? Motion to officially change the name to "eightacles!"

And let's be honest. If it didn't end up working out, what a way to go.

Nothing to See Here...

Did you accidentally pull too much toilet paper off the roll? Just give it to your toddler and they'll fix it right up.

Found it! Literally. Even twice.

Cute idea until you have to introduce your new little bundle of joy as "Dog" or "Assie."

They drew, and lost so hard they kind of won.

What? You said to eat half the hot dog!

An Apple a Day

On the one hand, their heart is in the right place. On the other hand, their nutrients are not.

Now you can never unsee it.

He's young, but he's already smarter than many other adults. He'll make someone very happy some day.

Frankie knows what he wants. Frankie does not want a job.

If he had been there to give him that advice, maybe the world would be a little bit different today...

Milk. It does a kitty good.

Well, it's spelled a little bit differently, but you get their (clever) point. Go Wolverine!

I can see the finish line!

Maybe Dave is an extreme couponer? And you know how much you can save with those loyalty cards.

No Pain, No Gain

That's certainly a solution. And a very adult one, at that.

That's kind of how time goes. How can you argue with that?