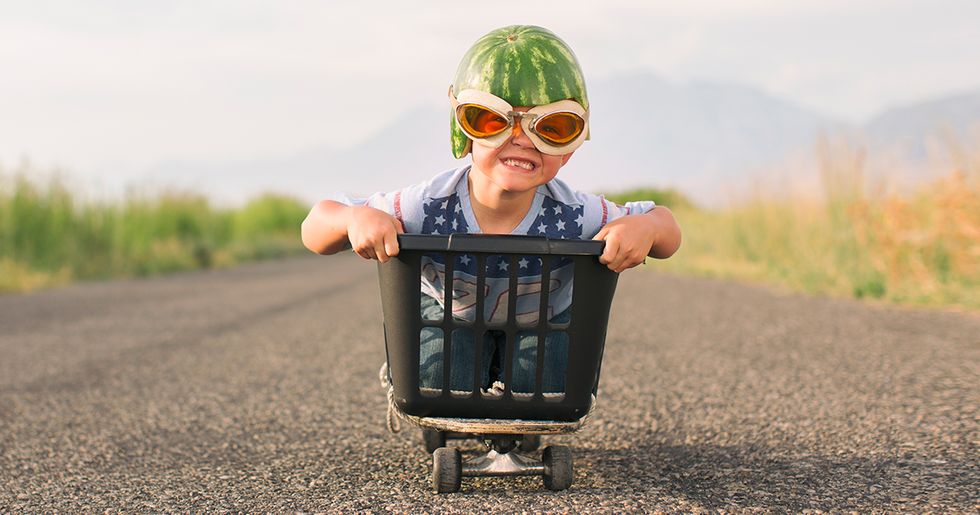 We all started out as children, so you would think that we would have a pretty good idea of what to expect when kids are around. But until you become a parent yourself (or an aunt, an uncle, or a teacher), you might be surprised to find out what kids are actually like.

I think a lot of people assume that hanging out with kids means that you get to just sit back and watch them be adorable. They learn something new every day and are always asking questions about the world around them. In some ways, that's true. Kids are pretty adorable sometimes. And they do ask a lot of questions as they begin to learn about the world around them. It's just that sometimes they ask those questions at the top of their lungs at the most inopportune times.

See, kids have basically zero chill. Here are a bunch of pictures that prove it.

The kids I nanny asked why I wanted to see Incredibles 2 and I said because the first one came out when I was a kid… https://t.co/bxpvcVKb6o
— Kirsten Pritchett (@Kirsten Pritchett)1529693699.0

If someone is older than you, it means they are old. Like, really old. They are basically your grandparents.

They say you should dress for the job you want. He's clearly ready for the job of Spider-Man.

Some kids might want to ask about the role of the U.N. or how it was founded. Not this kid. He's got his priorities straight.

I'm guessing this parent asked their kid why they microwaved an Oreo and the kid answered, "I don't know." I'm just assuming that's how the convo went down.

My favorite part is the "etc." Sure. She could go on to list horrible things, but she's busy.

This kid seriously wrote, "you are the best so far." As if she was going to maybe get another mom sometime in the future.

It's supposed to be snacks. But you're forgiven for not knowing that immediately.

It's always the same ones.

The least you could do is switch up your tattoos to match your outfit. You're offending your nieces fashionable sensibilities.

On the one hand, I bet she didn't refuse "sunscream" again. On the other hand, I'm guessing this story might come up in the therapy one day.

I hope this lifeguard was wearing "sunscream." She's gonna need it for that burn.

It just knows. It's magic.

When you're a child, you can just weigh things in squirrels. I feel like we all forgot that part of childhood.

Not sharing the air.

My son keeps grabbing fists of air and screaming ‘mine’. My daughter is crying saying Tj is stealing my air....they… https://t.co/qBzYk4uepf
— Boardroom Baddie (@Boardroom Baddie)1530948766.0

This is exactly the kind of thing my older brothers would have done to me as a kid. And I would definitely have fallen for it, too.

Good luck with that one.

You didn't actually want to use your iPod, did you? It's much nicer as a paperweight.

Yes, it is inconvenient, but hear me out! It is also very messy!

On the bright side, he didn't get popsicle mess all over the house. Just all over his sock. That's a good thing...right?

To be fair, my husband didn't realize narwhals were real animals until he was about 26. This kid is going to be fine.

This one, on the other hand...

How do you not know mice are real? Who is out there spreading mice lies?

Wonder where my kid went.

You'll never find her. Never in a million years.

Amanda is a nice name. It's not the correct name. But it's a nice one.

I'm guessing he was doing his homework after a stint in timeout. I'm sure his mom is actually very pleased with him.

That's one way to kiss, I guess.

Why can I picture this so clearly?

How dare you choose for him, giving him the exact popsicle flavor that he wants? So rude!

OK, excellent use of a new vocab word to burn your dad. I'm honestly not even mad.

What did she think you meant? I kinda need to know.

That is pretty neat.

It's also a little terrifying, but you can't deny that it's neat! Share this with someone who's kids are always a little extra.