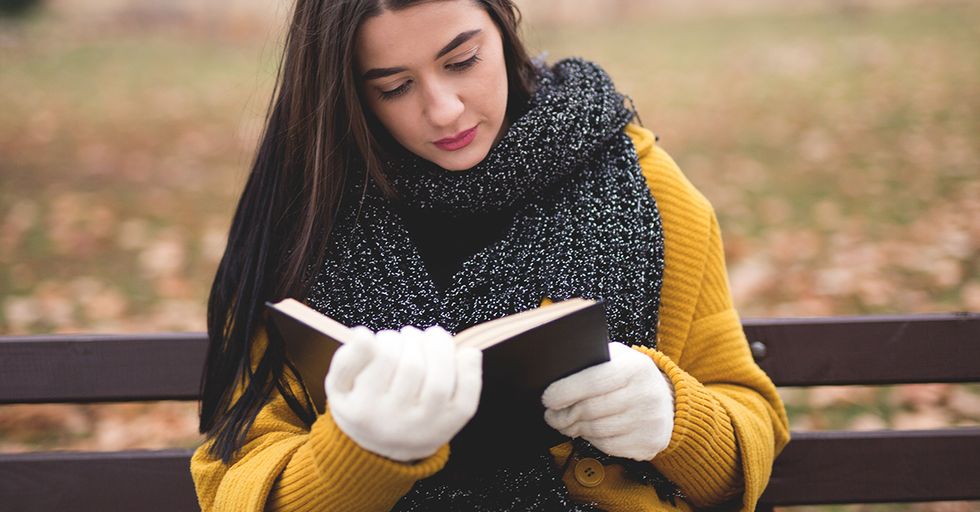 19 DIY Book Projects That Will Make You Scream "WHY!"

There's a strange trend where people who claim to love books and reading destroy and mangle perfectly readable tomes in the name of DIY crafting.

It's blasphemous, and I'm here to stop it.

OK, maybe I can't stop it. But I can point out the hypocrisy.

If you love to read, don't take books you could read and cut them up beyond recognition in order to make a point about how much you love to read. It's not cool! If you truly love books, these 19 pictures will hurt your heart.

You know when else a big part of the story is lost? When you saw a whole chunk of the book out of the book, you idiot!

That's quite an imperative coming from an unreadable, hacked up mess. If you just left the whole book there, I'd be way more inclined to read.

Dear Santa, For Christmas, I want people to never do this again. Thanks, Everyone

You might think this looks cool, but you are oh so wrong. What happens when you have to water the plants? Those pages are going to get all warped and ugly, and there's no way you thought about that! The next one is truly excessive.

That right there is a lot of books. So many books that when you first look at it, you get really excited until you realize you can't read any of them!

Speaking of hearts, mine was ripped out of my chest and stomped on when I saw this picture. How about yours?

Sure, this is great to do if you want to look like a serial killer who has a thing for killing words.

The death of books doesn't really get any more literal than this. Not to mention this is totally impractical.

What are you going to use that lamp for? To get a better look at your empty hands because you don't have any books to read because you used them all to make that lamp? The next one is just absurd.

I cannot stress enough how unreadable you've rendered this book. I hope it was worth it, Karen.

What is even the point of these other than to destroy readable pages? Now it just feels like they're taunting me.

Hang this on your door to say, "I don't give a crap about literacy, but isn't this pretty?"

What are we doing when we encourage students to destroy books in the name of art? It's really getting out of hand.

Hmm, where else could you have put those rings? Oh, I know. Literally anywhere else. The next one takes book "art" to the next level.

The whole reason big comfy chairs exist is so you can read in them, but when you've used all the books to make the chair, the point goes out the window.

Oh hey, did you know that they actually make books full of blank pages for the sole purpose of sketching and drawing in them? You super didn't have to do that.

OK, these actually look pretty cool, but that doesn't mean their OK! This just another comic book someone can't read because now it's fake flowers.

Now they're just laughing at us. Do you need that many "L's" made out of books? Do you really?! Share this with someone who will understand the pain.