These Wholesome, Happy Pictures Will Make You Smile No Matter What | 22 Words 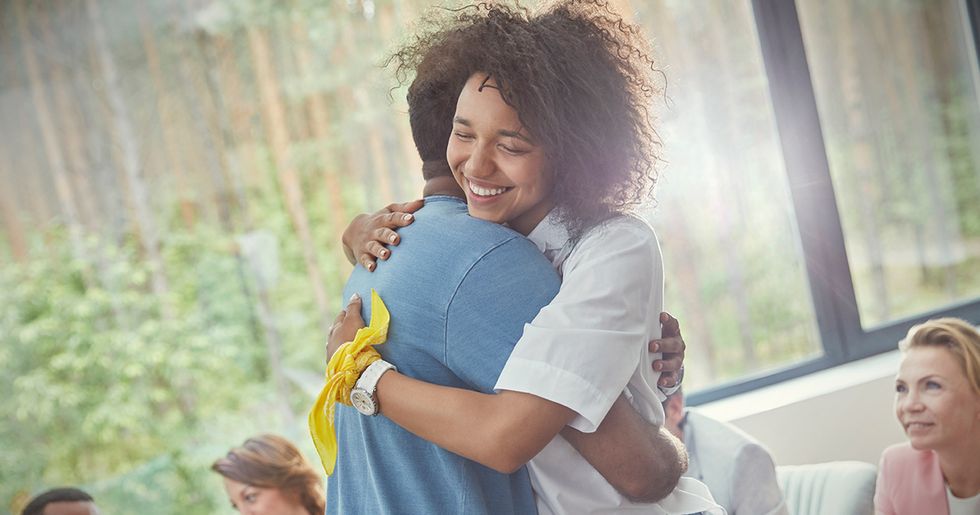 These Wholesome, Happy Pictures Will Make You Smile No Matter What

With all the horrible things happening in the world today, it can be super easy to get depressed.

But believe it or not, good people still exist, and good things still happen!

The 19 pictures below are sure to make you go...

There's hope for humanity yet! It's right here in these positive pictures and stories.

This is too funny. I appreciate the effort, but it really doesn't look like that cat wants to forgive his ex-friend.

Even Norel got the selfie stick to work! What a great photo, Norel!

Don't you just love when people who own businesses see others as human and are willing to give to those in need? Makes me want to spend more money at those places!

Tihs is absolutely hysterical. His niece is super adorable! The next one will be tugging at those heartstrings.

Teachers are heroes, and they should be treated as such. This generous man understands that!

Two years! That's some amazing commitment for a little kid to do something so generous and kind.

This picture was taken outside a mosque in Texas. Those who support each other should come out and say it publicly. That's the way we make progress in this world.

This man just made so many shelter pups extremely happy! Instead of throwing things away, think about how you can make a difference!

How amazing is this service?! Love this so much. If you're not already, the next one might actually make you tear up.

Breakfast is the most important meal of the day, and Mr. Johnston just wants to give his students the best chance to succeed!

This is the second baby deer that this guy had saved within a week and a half. It's official: He's the baby deer whisperer.

How precious is this picture? Love a grandson that will do anything for his grandmother.

So cute. So cute I cannot. The next one is devastating and incredible.

I'm going to go ahead and say this one's on the doctors for not explaining that you don't die when you give blood, but it's still super heartwarming. This is sort of like when I was three, and my parents told me we were moving to a brand new house, and I burst into tears and said, "Can I come too?"

This guy sold an incomplete chess set; then he found the missing pieces! All he wants is for the person who now owns the set to get the rest of the pieces.

Um, yes, I am a thousand percent here for the guy who buys his dog outfits so they can match. Incredible.

This public piano is located in a small rural town in Georgia. Its message is incredible, as is its paint job.

Shout out to the postman who left this super nice note, and also shout out to these pups who definitely look guilty. Share this with someone who could use some positivity!