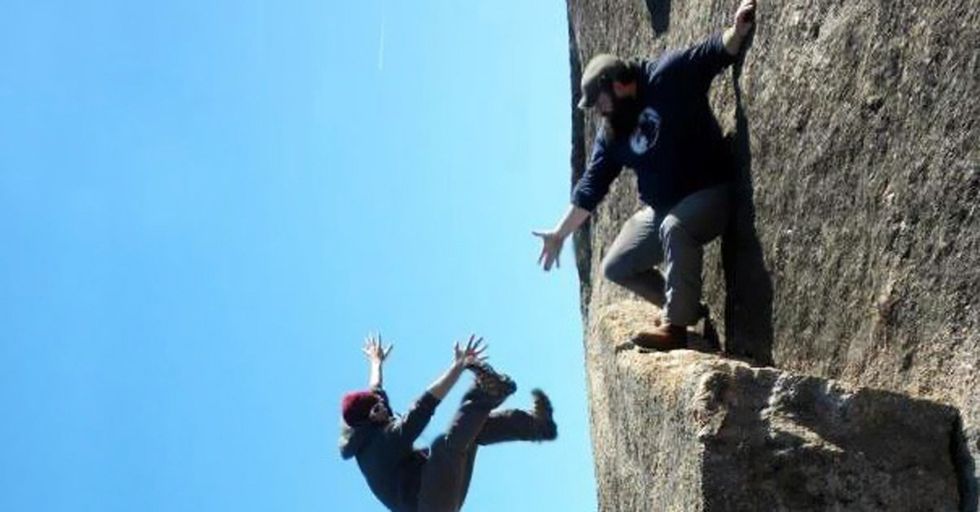 30 Unedited Pictures That You Won’t Believe Are Real

It's hard to know what's real and what's fake on the Internet, and Photoshop makes that even hard to decipher fact from fiction.

Well, there's no mystery here, as there is no editing — just creative perspective, timing, and natural beauty.

This is what happens if you throw hot water into the air in Antarctica.

Yeah, the helmet will help.

Would you be brave enough to walk on this floor art?

Just chilling with his guitar.

Hausmannian building Paris during it's renovation in 2007. (A canvas was placed over the building to hide the renovation.)

No, this boat isn't floating in air.

A temple covered in ash from the Ontake volcanic eruption, Japan.

Care for a little rooftop tennis?

A man dropped potato snacks into a cup of coffee and this bird appeared.

It's a vicious cycle.

They're pooling their musical talents.

Ever seen cherries under water? Now you have.

via: The Mind Unleashed

Taken from the window of a plane...just nodding off a bit.

Flamingos gathered in the shape of a flamingo, Yucatan Peninsula.

It's good to have a partner there to lift you up.

Leaf or dragon in disguise?

He feels on top of the world.

When a spider meets a leaf.

via: The Mind Unleashed