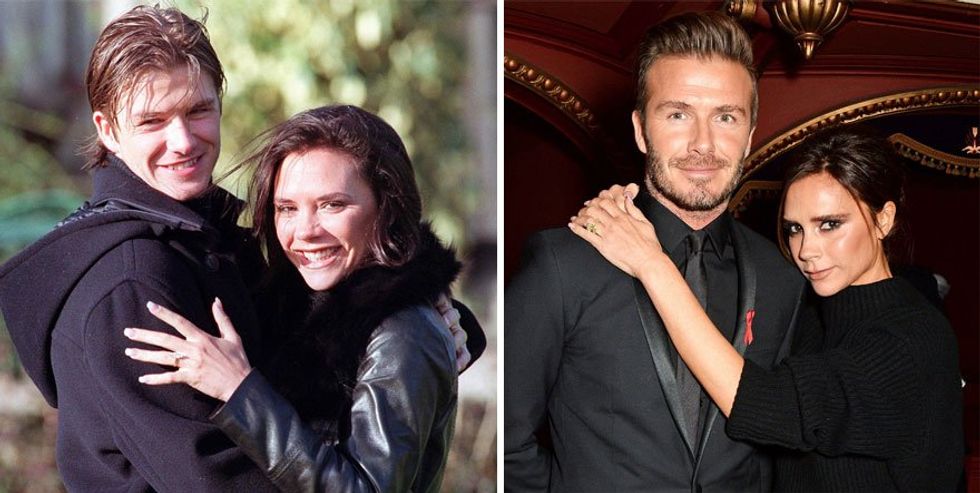 People will complain about anything these days. With easy access to social media, it's easier than ever to vent and complain about things online. If you see something that you don't like, it doesn't take a lot to quickly rustle up an online storm about it.

And there's one person who never misses out on the opportunity to criticize anything that's slightly out of the norm. British journalist and TV presenter, Piers Morgan, is usually the first to have his say on trending topics, gender-related subjects, and celebrities. And he rarely fails to create a viral kick-off with his comments.

The subject of his most recent annoyance is British soccer star, David Beckham. One of David's many Instagram posts depicts him giving his daughter, Harper, a kiss. Seemingly innocent so far, right? Not according to Piers. The presenter isn't too happy with the kiss and has branded David "creepy" and "weird" for doing it.

The journalist has several platforms.

And he's a good friend of our President, Donald Trump.

He remains the only British journalist to have secured a one-to-one interview with the President.

Though Piers' latest tantrum has nothing to do with the President.

Despite everything that's going on with Trump's UK State visit at the moment (the protests and the utter outrage), Piers' most recent outburst concerns a very different topic entirely.

David Beckham, who is a famous soccer star and public figure, has become Piers' most recent victim.

The Beckhams have always been very present on social media.

David and his wife, Victoria, who is also known as Posh Spice from the Spice Girls, have 4 children together and regularly share their family snaps on their Instagram accounts.

And we love their family pictures.

With a combination of over eighty million followers, people obviously can't get enough of the Beckhams' Instagram posts, which regularly feature their children, Brooklyn, Romeo, Cruz and Harper.

One person who doesn't seem to enjoy the family's Instagram posts is, of course, Piers Morgan. And the journalist has been known to share his thoughts and feelings about other parenting-related topics in the past.

Beckham isn't his first victim. Parenting is clearly one of Piers' favorite subjects to debate; he's called out other dads on a variety of different issues in the past. Take his stance on papooses, for example. When 007, Daniel Craig, was seen carrying his baby in a papoose, it sent Piers into complete melt-down.

He believes that papooses are "emasculating".

Yep, even James Bond came under his fire for wearing the "ridiculous instrument of emasculation". Piers was met with online outcry in defense of papoose-wearing dads which he, of course, absolutely reveled in. Bad publicity is good publicity, right?

Piers doesn't miss a thing when it comes to parenting.

If James Bond isn't safe, nobody is. So, of course, the Beckhams were going to feel Piers' heat at some point. But we never thought that it'd be over something so ridiculous...

Back in December, Beckham posted a festive picture of him and his 7-year-old daughter, Harper, sharing a kiss at a London ice-rink. Cute, right?

Not according to Piers.

During an episode of Good Morning Britain, Piers hit out at Beckham, claiming that it was "weird" that the soccer star would kiss his young daughter directly on the lips. Watch the full video below!

He branded Beckham "creepy" for kissing his children.

Piers just could not get over it: "This is weird. Everything about David Beckham is weird," he said. He also doesn't like the way that Beckham "exposes" his children to his large online following: "I'm sorry, it got a big furore on social media, it’s just weird. Who does that? Who kisses their kids on the lips?"

Though this isn't the first time that the Beckhams have come under fire.

Piers has had his say on the family's Instagram activity before. When Victoria shared a video to her Instagram Stories of David and Harper sharing another kiss, this time on a boat trip in Miami, Piers collapsed into another ranting frenzy.

Although he admitted that it was clearly a sweet moment, he just couldn't understand why a father would kiss his daughter on the lips.

But David has refused to apologize in the past.

Speaking in a Facebook Live video back in 2017, David defended his actions: "I kiss all my kids on the lips. I’m very affectionate with the kids. It’s how I was brought up and it’s how Victoria and I are with our children".

And plenty of people have rushed to his defense.

Beckham has received a flurry of online support, with sympathetic parents sharing images of themselves sharing kisses with their children.

Most parents were quick to disagree with Piers.

Which isn't out of the ordinary, let's face it.

Some Twitter-users made things personal...

Though this user did make a good point. Who doesn't give their parents, or even their grandparents, a quick peck on the lips every once in a while?

Victoria Beckham was also criticized a few years ago when she shared a vacation snap.

She was cruelly trolled online for this photo of her and Harper in the pool. Although their children are clearly in great health, people are quick to label the Beckhams "bad parents" when they are seen kissing their children. Don't even...

But the Beckham's aren't the only celebrities to openly kiss their children.

Other celebrities have, in the past, come under the same scrutiny for kissing their children on the lips. Hilary Duff received torrents of abuse for posting a picture of herself and her young son at Disneyland.

But she fiercely defended her actions.

So, what's the verdict?

Parenting methods will always be a controversial topic, especially when debated over the internet. And, despite Piers' apparent outrage over the topic, most people seem to agree on one thing.

That kissing your children is fine!

Shut up complaining, Piers. There's nothing wrong with sharing a quick peck on the lips with your child. It is a simple sign of love and affection and has never hurt anyone before.

And there are crazier parenting trends to be worried about...

Kissing your child on the lips is the least of your worries, Piers. Trust me. Read about some of the stranger parenting hacks here. Posh and Becks don't seem too bad now, do they?