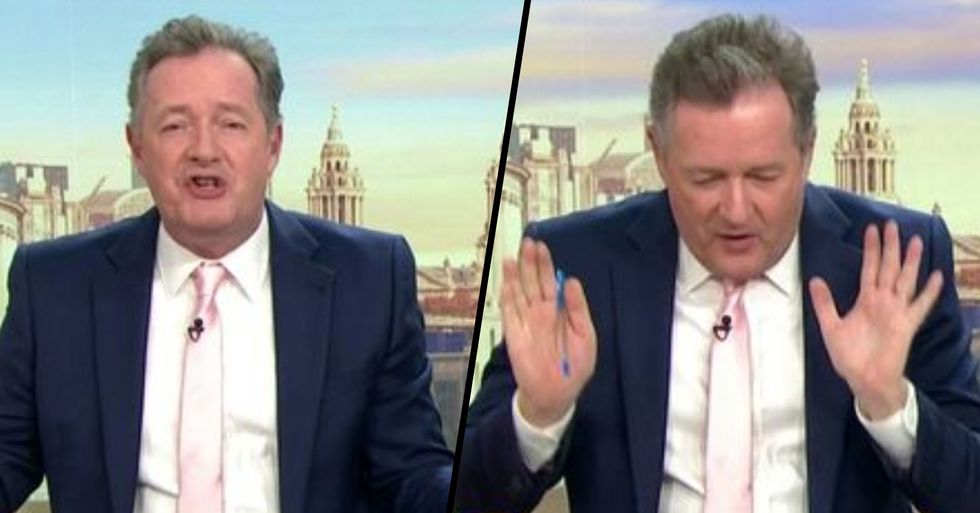 It's very rare when Piers Morgan isn't making headlines in the U.K. for his bold and often outrageous comments. Usually, Morgan's tantrums are targetted towards one person, in particular... take his vendetta against Meghan Markle, for instance.

But this week, the TV presenter has landed himself in hot water for offending an entire nation.

This may be his worst controversy yet, and now he's responded to the backlash. Keep scrolling to watch the clip and see what he had to say for himself.

Piers has blamed Meghan for "destroying" the royal family...

And he has made his opinion of her very well known to the British public. He even leaked a private message that Meghan sent to him. Find out more at the end...

Piers hasn't exactly been praised for his opinions...

And his most recent comments may be his most controversial yet...

It's usually a specific person that falls victim to Piers' tantrums.

But this week, the journalist seems to have managed to offend an entire nation. Yep, really. Keep scrolling to see the clip.

In fact, his comments were so bad that viewers are calling for him to be sacked from Good Morning Britain.

The fifty-four-year-old had been speaking about the Queen's eldest grandson, Peter Phillips, appearing in a TV advert for state milk in China.

And while discussing the advert with co-host, Susanna Reid, the presenter made some very offensive remarks.

He appeared to mock the Chinese language.

"At the next royal event, can you imagine Christmas at Sandringham is like - 'I'm sorry your majesty, but I only drink yang yank yong ying ming milk," he quipped. But it didn't end there...

The clip of the advert was played again, which of course, sparked another unwarranted comment from Piers...

"Ok then - ching chang chong, ok I got it," he said. Susanna then awkwardly remarked: "For god's sake... taking the mick out of languages is rather 1970s."

After watching, viewers were less than impressed.

People can't believe he still has a platform to voice his outrageous comments. Although, he does bring the show a heck of a lot of viewers and attention... so it's not too hard to see why.

Another viewer labelled him a "dinosaur" who "needs to learn some new rules."

And some want him sacked...

Safe to say, people were outraged by his comments.

He clearly doesn't know when to draw the line.

And now he's attempted to justify himself...

He's now responded to the backlash...

And in usual Pier's style, he sees no wrong in what he did.

Surprisingly, he didn't use the word "snowflake" this time. It's painful to see this man continuously justify his behavior. Piers recently leaked a private message from Meghan Markle, keep scrolling to take a look...