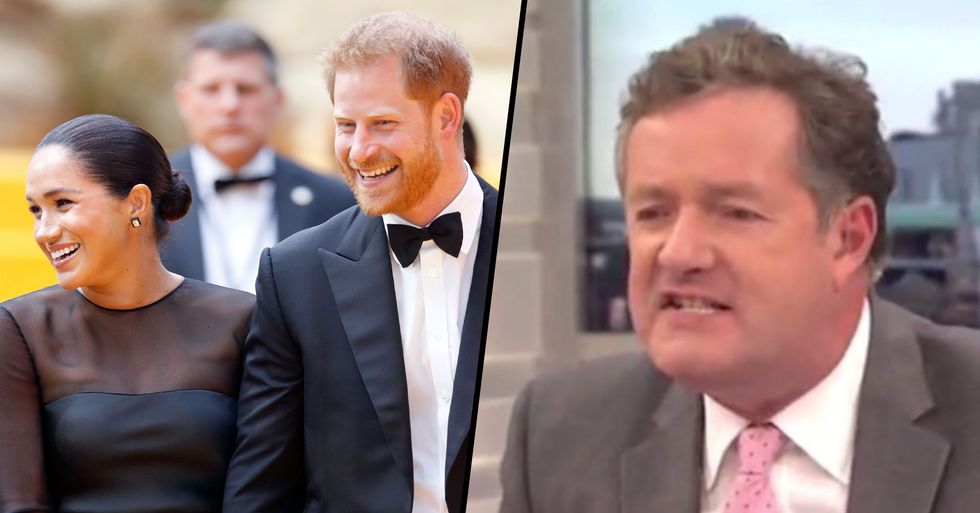 Meghan Markle and Prince Harry are reported to have a TV show project up their sleeve, but British TV host Piers Morgan isn't buying their good intentions...

As now, it has been reported they've got a TV show up their sleeve with Netflix, and people have pretty mixed feelings...

It's fair to say British TV host, piers Morgan was very opinionated on the subject...

And he hasn't held back on publicly slamming the couple for the deal.

But Piers Morgan thinks there's a different reason behind their actions...

He has been pretty open about his views of the couple's new $150 million Netflix deal.

And he's shared it all online...

The Good Morning Britain host did what he does best and gave his thoughts on the matter...

First of all, he slammed the streaming service for hiring the "shameless" couple which he thinks they did just because they're ex-royals.

This all happened due to Netflix co-CEO, Ted Sandros, signing Harry and Meghan up.

He said their "authenticity, optimism, and leadership inspired millions" around the world.

Piers ranted in his column for the UK's MailOnline...

"How could anyone possibly feel 'inspired' by Meghan and Harry's 'authenticity, optimism and leadership' or 'resilience' given that they've spent the past two years whining, quitting, living off rich people and preaching about equality from their position of supreme elitism?"

However, he did admit the deal is an "amazing" feat for the couple seen as they have very little production experience.

"Their entire joint CV would read something like: 'Meghan was a suitcase girl on Deal or No Deal and an actress on Suits, a TV show made in Canada. And Harry's shown some real thespian promise with his hostage video performances on camera during lockdown," he said.

He even went on, labeling the couple as "gutless" and "work-shy who had quit royal duties to become shameless money-grabbing celebrities."

Yikes! In the meantime, keep scrolling to see the adorable video of baby Archie on his first birthday...