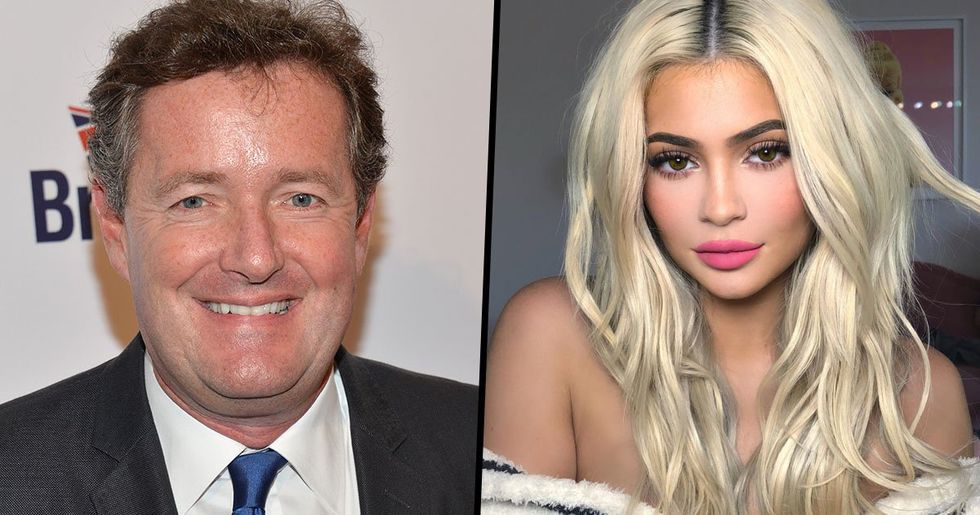 Kylie Jenner's infamous Lip Kit gave the young entrepreneur a great head start. In just 4 years she grew her small company into an empire. All because of her love for makeup.

Today, Kylie's Cosmetics is worth millions of dollars and sells many more products. Recently, Forbes announced that Kylie has officially become the world's youngest billionaire. Even better: at only twenty-one, she's the youngest "self-made" billionaire in history.

But not everyone is happy about her new title. Once the news broke out, people took to Twitter to share their disapproval, claiming that Kylie's success isn't self-made at all.

Kylie has responded to the backlash, defending her title but that wasn't enough to change people's minds.

Even big names claimed she's far from being self-made.

Kylie Jenner recently shared what it was like building her makeup brand.

Originally, she launched the company as Kylie Lip Kits.

Insider says that was in 2015, not long after Kylie admitted to getting “temporary lip fillers."

Her inspiration for the brand came from obsession.

She was in love with lipstick and the way it made her feel. As a tribute to her favorite makeup product, Kylie then created the infamous Lip Kit.

“I took my insecurity with my lips and turned it into my business model," Jenner told Vogue Australia, according to Insider.

"I just loved bigger lips, and I just got obsessed," she confessed.

“To this day, I can't leave the house without lipstick."

Now, a few days ago, Forbes also confirmed its previous suspicions: Kylie is the youngest billionaire in the world.

Not only that, but she’s also titled the youngest “self-made" billionaire in history. She’s only twenty-one years old!

But Forbes’ prediction, which they released last year, received a lot of backlash.

Back then they were only predicting that Kylie is about to become the youngest self-made billionaire in the world.

Many of their own readers criticized the magazine.

They believed it wasn’t fair to claim that someone who comes from a famous and wealthy family really built their wealth from nothing.

However, Kylie defended her “self-made" title.

“The self-made thing is true," she told Paper, remembering how her parents “cut her off at the age of 15." “My parents told me I needed to make my own money, it's time to learn how to save and spend your own money, stuff like that," she added.

“What I'm trying to say is I did have a platform, but none of my money is inherited."

Kylie said she had "spent every last dime that I had" to launch the company, "not even knowing if it would be successful."

Me watching Kylie Jenner take the throne of becoming the youngest self-made billionaire, having a baby and having a… https://t.co/2k23GFpCfS
— desireetacoemoji (@desireetacoemoji)1551836655.0

People were not happy about that. Especially since they believed Kylie doesn’t deserve the title.

Ayush Gaur said on Twitter, “I don't care at all."

But then added, “Almost everyone believes that Mark Zuckerberg is and will be the youngest 'self-made' billionaire ever because he LITERALLY started from scratch and build himself and Facebook. He didn't come from a very wealthy family like her."

“What did you do? [Was] born in a rich famous family? Got plastic surgery? Sigh."

LG came into Kylie’s defense: “At least she isn’t f*cking around, undermining America’s democracy and spying on private citizens."

“Zuckerberg is a thief and a spy. More like a peeping Tom. Sis," she added.

Jayden, The Self Made Man replied to LG’s tweet, saying, “I won't argue that. My issue is that her being called a self-made billionaire is an absolute falsehood."

“Zuckerberg may be a crook but at least he came up from nothing to get where he is now. Kylie and her fam were already worth 9 figures before anybody heard of her name."

Others found it beyond ridiculous.

ImRaul: “Lol self-made. I wish I grew up self-made and a celebrity." Brian: “If she's a self-made billionaire, then I'm a self-made Top Chef. *microwave dings*"

Anne C ? Love is Love ?: “Enough with the shallow content."

“We all deserve better than this b.s., especially considering the income inequality that keeps expanding exponentially," she added.

Chris Poole: “Good for her. The Kardashians and Jenners sure know how to take advantage of stupid people. I don't blame them."

Joe Weisenthal: “Kylie Jenner isn't a self-made billionaire, because so much of her success is due to the internet, which was born out of ARPAnet, which was taxpayer funded."

The news made people even more confused about what "self-made" really means.

@CBSNews “Self made” It’s like calling the guys from @harrys razors “average guys” who bought a German razor blade… https://t.co/gUKznzK1sH
— Dan the American (@Dan the American)1551847638.0

max358 said, “What does it mean to be ‘self-made?’ Do other billionaires have it given to them by somebody? Thus, ‘other-made?’ I've never been clear what ‘self-made’ means."

Dictionary.com had the perfect response.

On their website, the official definition of “self-made" is “having succeeded in life unaided," followed by an example: He is a self-made man. They even provide a second definition: “made by oneself." Got to love it when big brands throw shade on famous people.

Meanwhile, Piers Morgan offered a different explanation for why Kylie is far from self-made.

Daily Mail says, he slammed his opinion during a heated rant on Wednesday's Good Morning Britain.

Morgan claimed Kylie is only successful because of the leaked Kim Kardashian sex tape.

According to him, the sex tape was what gave the Kardashian family their very own reality show and successful careers.

“When you say self-made billionaire, I just thought she'd got it because her sister made a sex tape and that is why they all became hugely rich," he said to his co-host.

“If Kim Kardashian hadn't made that sex tape that then got leaked... She took ownership of it, made millions, and made a family franchise out of it... None of them would have ever been heard of."

“When you say ‘self-made,’ her sister had sex with somebody, the tape got leaked, and the whole family cashed in."

“That I think is a more accurate account of this thrilling entrepreneurial story," he added, calling it “a triumph against all adversity."

His co-hosts, Susanna and Kate Garraway, tried to defend Kylie.

But Morgan went on, saying Kylie isn't “even that good looking." He really didn’t hold anything back…

“I would have her at number four on the list of Kardashians, and the ones above her aren't much better," he continued.

“I'm not being rude, the only hot Kardashian is Kendall [Jenner], the others... None of them are hot!"

“If they weren't Kardashians, famous for the sex tape, they would not get into the average, top Croydon night club - and the bar is set pretty low in Croydon."

“Kendall is the only one you can honestly say is model quality, Kylie is as dim as a lump of bread," he said, adding that the whole Kardashian/Jenner family are “vacuous, talentless twerps." At this point, you might condemn Morgan for his seemingly sexist views on what beauty really looks like. But the following of his comments might just redeem him.

“We don't want young girls thinking the way to get on is to be a Kardashian, because that's madness," he said.

“Make a sex tape, make a billion - what kind of message is that? Especially with International Women’s Day coming up, is this what we’re celebrating?"

He even called the family matriarch Kris Jenner “a pimp," saying, “Good old Kris, well, every pimp needs to make money. If you make money out of your daughter’s sex tape, what are you?"

“The only good thing of this is Kim will be seething. She made the sex tape, she owned the sex tape, she had to perform… Poor Kim, she put the yards in for the tape. Ray J, why have his siblings not become billionaires? It’s so unfair."

Morgan’s rant caused the show to fall 9 minutes behind schedule.

As Piers kept fuming, they had to take the show off the air because of a “technical error." Who knew Piers Morgan cared so much about Kylie.