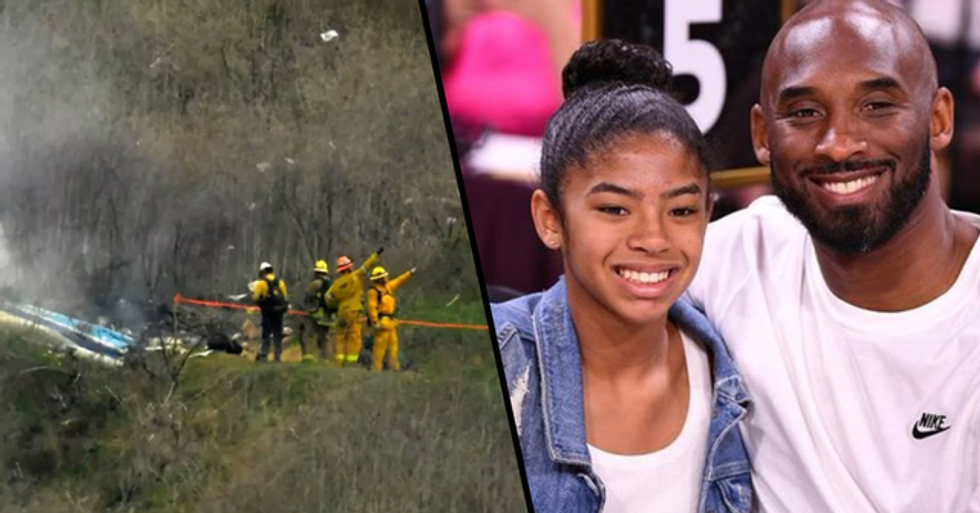 The internet's heart was broken when it was revealed that the legendary NBA player, Kobe Bryant, had died in a helicopter crash yesterday morning. He was just forty-one-years-old. 9 other people are now confirmed dead, including Kobe's thirteen-year-old-daughter, Gianna.

It is an utterly shocking tragedy, and everyone is wondering the same thing... What on earth happened?

Many different theories as to why the aircraft crashed have been speculated, but now, the communication between the air traffic control and the pilot moments before the disaster has been released, and it could explain everything.

Keep scrolling to hear the chilling audio for yourself...

Their eldest was Natalia, who's seventeen, followed by Gianna, aged thirteen, then Bianka, aged 3, and Capri aged just 7 months.

He loved being a dad.

The 2 were often pictured giggling and smiling together, and it was clear that she was the apple of her father's eye.

Heartbreaking footage has emerged showing the aftermath of the tragedy which took their lives.

And, alongside Kobe and Gianna, 7 others have been confirmed to have died.

And many people are asking the same thing...

What was it that caused their helicopter to malfunction so severely?

A digital map of the helicopter's journey shows the turbulent nature of the flight...

And it can be seen that the helicopter circled over Glendale several times before crashing near Calabasas.

And now, we can hear the moments of chaos that happened prior to the crash...

The chilling audio that occurred between the pilot and air traffic control moments before the doomed crash has now been released.

Nothing seemed too out of the ordinary...

The controllers can be heard mentioning poor visibility around the Burbank and Van Nuys areas, but the pilot talks to controllers normally before communication suddenly goes dead near the crash site at Calabasas.

The pilot was warned that he was flying "too low level for flight"...

And, seconds later, he drops off the radar entirely.

You can hear the chilling audio for yourself here...