Playboy's 'Should You Catcall Her?' Chart Is Actually Really Spot-On | 22 Words 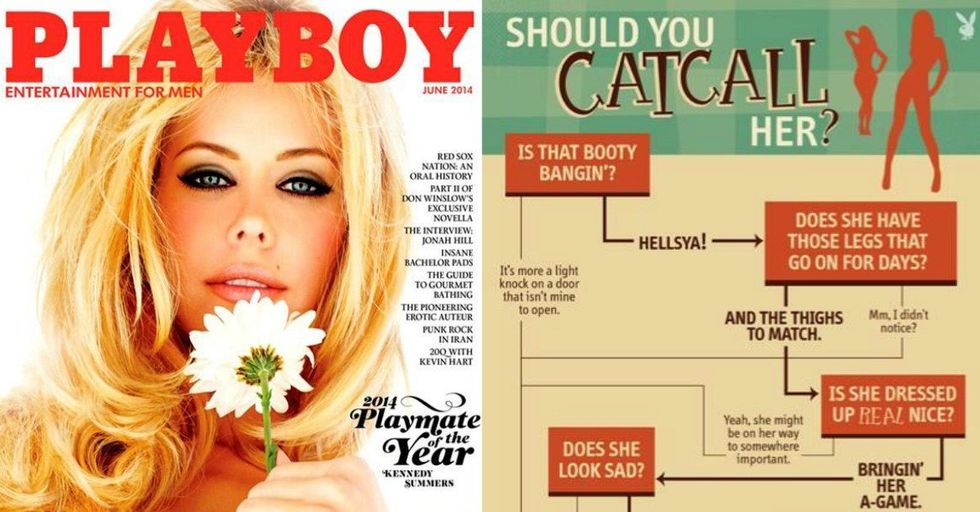 Playboy's 'Should You Catcall Her?' Chart Is Actually Really Spot-On

Let's say you're a dude who sees an attractive young lady walk by.

Now you're faced with a dilemma — are you clever enough to come up with an original thought or is the only remaining option to yell out at her, like you're a sexist moron? Don't worry! Playboy can help you out, and not just by giving you "reading" material when she inevitably turns you down for yelling at her on the street.

This helpful flowchart, which first appeared in 2014 but resurfaced on Reddit this week, walks you through a series of questions that should offer some catcalling clarity.

Long flowchart short, there are two specific conditions under which catcalling may be appropriate: 1) if the person isn't actually a person but is, in fact, a cat, or 2) if “you know her" and have “consensually agreed to shout sexually suggestive comments to each other in public."

I guess if that's your thing, more power to you.

But in all seriousness, it just points out the ridiculousness of catcalling. It's 2016. You might as well embarrass yourself on several different forms of social media so at least it doesn't happen out in public. Take notes, ladies and gentlemen.