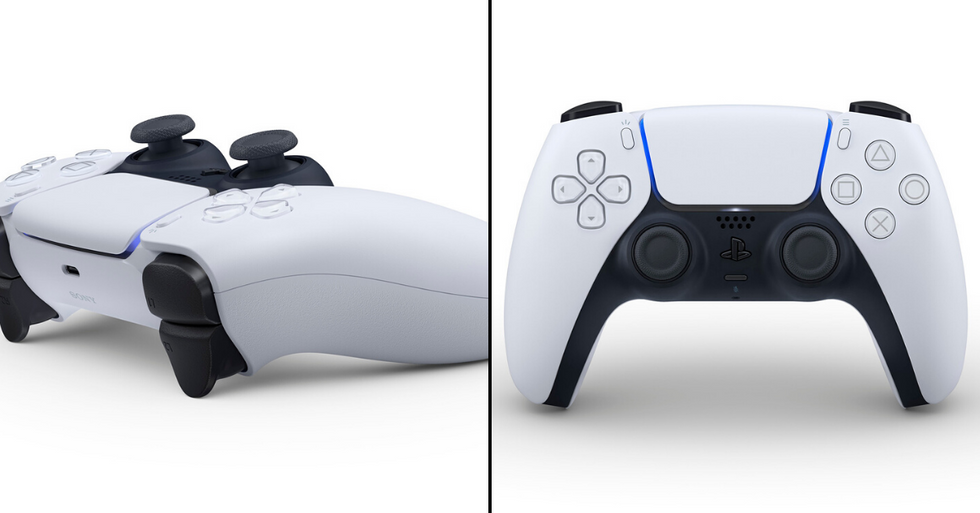 After a lot of chit chat online, Sony has officially pulled back the curtain on its highly-anticipated PS5 DualSense controller.

Keep scrolling for all the details on the hotly-anticipated drop, including the one feature that's really got people talking... and not necessarily for the right reasons.

Some fresh new details about the new console have been revealed online.

But of course, we want concrete confirmation from Sony themselves.

And last month, our prayers were answered...

Sony held a live stream conference where they offered fans some more tantalizing details on the drop.

The gaming giant gave us more details on the PS5 specs.

They've been the talk of the town for quite some time, and now we've finally got all the details.

Some of the features include:

But there's one feature that's really got everyone talking.

Although it's been met with mixed reactions.

Lead system architect Mark Cerny confirmed the speculation during the “Road to PS5" presentation on Wednesday.

According to Cerny, nearly all of the top PS4 titles, which are ranked by playtime, will be playable on PS5 when it launches.

And, players will be able to free up space on their consoles by “running your older games from standard external storage."

Although, it hasn't been without its challenges.

Some game code “just can’t handle" the boosted frequencies of the PlayStation 5, he explained. He also added that boost is “truly massive," so games have to be tested on a “title-by-title basis."

Only PS4 and PS4 Pro were confirmed. The company didn't mention backward-compatibility with older generations.

"The PlayStation 5 doesn’t have any backwards compatibility. trash a** console."

But, there has been some good news.

Cerny reassured gaming buffs that "testing is going well." So, no need to panic just yet. Keep scrolling to take a look at the full PS5 spec.

Safe to say, the presentation sent Twitter into a gaming-induced frenzy.

Some made this point, however.

Seems some are adamant that the PS5 just doesn't cut it compared to Xbox. Well, you can't please everyone, can you?

Here it is in all its glory!

The controller was revealed on the PlayStation official blog. There are similar button layouts to the DualShock as well as the same dual analog stick in the center. DualSense has a built-in microphone, a sleek new white design, and a haptic feedback system said to add a variety of sensations as players progress through games.

This is a breaking news story. More details will follow... Interested in more gaming news? Keep scrolling to learn about which game just got voted as the best PS2 game of all time...