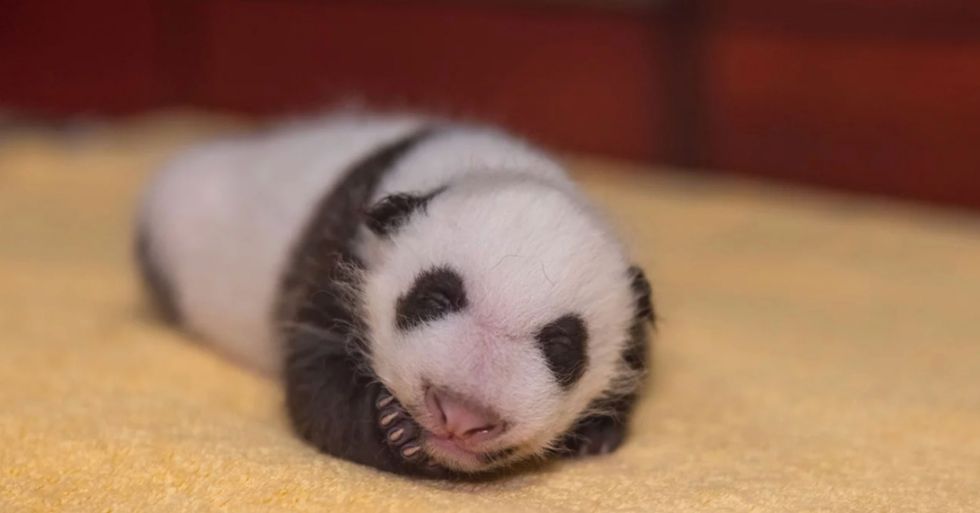 A "plump" 1-month-old panda who was born at Washington's Smithsonian's National Zoo is now "almost as round as it is long"... and it's honestly the cutest thing you'll see today!

Who doesn't love fluffy, chubby, and most importantly, chonky, animals?

There's something just so darn cute about these little guys and the internet just can't get enough!

But what about chonky baby animals?

Well, they're perhaps some of the cutest things on this planet!

And speaking of chonky babies, a "plump" baby panda bear has caught the attention of the internet recently.

The zoo it was born in has described it as "almost as round as it is long" and just wait until you see it!

But firstly, let's have a little look at some of our favorite chonky friends...

This adorable koala was in the middle of yawning when this photo was captured... I'm in love!

This is the chonkiest dog I've ever seen!

It's the eyes, they're so cute!

I wonder how this guy carries himself around with all that chonk!

I bet you never thought you would see a chonky baby hippo swimming in the deep. Well, now you have.

Imagine having this little guy as your pet, aw!

Look at this little guy!

This cutie is drowning in its own fur, that's how chonky it is!

Now, this is the definition of chonky!

I really want to adopt this adorable puppy! Aw!

Imagine if you looked up and saw this pigeon staring at you... I'd be freaked out.

Yet another dream dog...

Here are some chonky alpacas...

These fluffy boys are besties and love hanging out together!

Look at him just resting on the floor like that. Aw!

And finally, the one you've all been waiting for...

The little panda was born a month ago in Washington D.C's Smithsonian's National Zoo...

And the zoo has been giving regular updates on the little cub's progress, who has been nursed by its mom Mei Xiang.

And just a month later the little cub, who is yet to be gendered, is doing better than ever...

And it is now so chonky and plump! "For the first time, we had a chance to measure the cub’s abdominal girth as well. It’s back and belly measured 32 centimeters, or 12.5 inches in circumference. Our plump panda cub is almost as round as it is long!" wrote Laurie Thompson, assistant curator of giant pandas, in a press release.

People are delighted about the little panda's progress...

And they just can't get over how adorable he is!

Here's the plump panda you've all been waiting for:

How cute?! Make sure to stay posted for updates on this plump baby, including it's highly anticipated gender reveal! For more, keep on scrolling for some of the most adorable animal friendships...