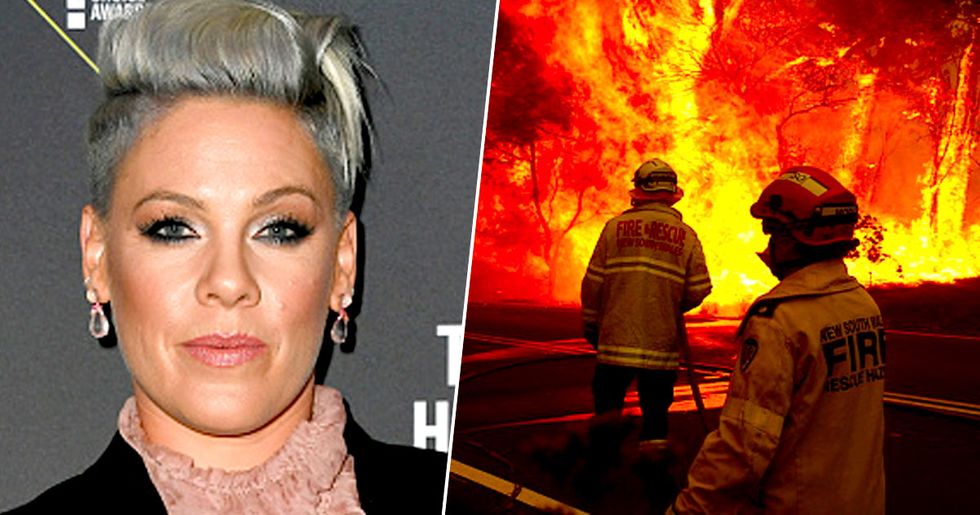 P!nk Donates $500,000 to Australian Firefighters as Bushfires Rage On

The legendary Australian family, The Irwins, have been doing their bit to save as many animals from the fires as possible and now one other legend has done her part to help out.

None other than the iconic singer P!nk has pledged $500,000 to Australian firefighters to help them in their efforts against the wildfires.

Now P!nk has joined the fight.