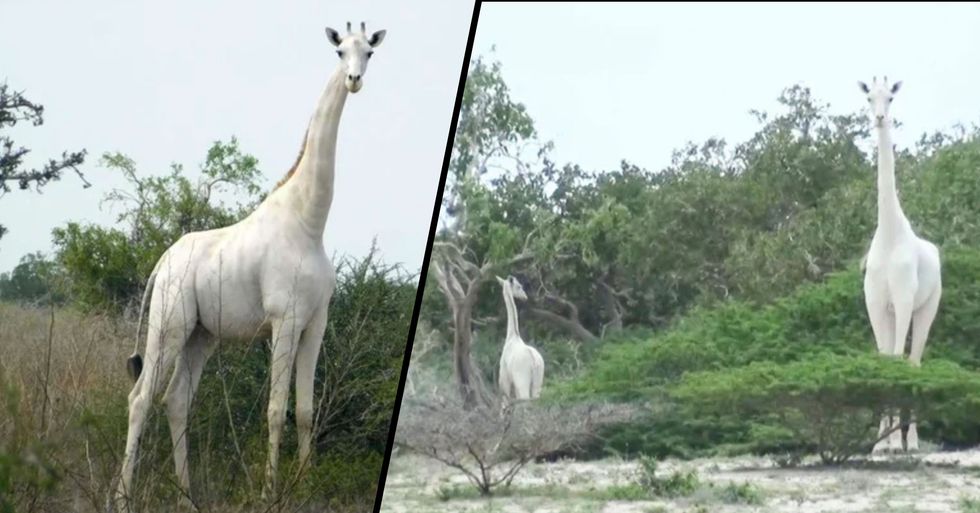 Poachers Kill Kenya's Only White Female Giraffe and Her Calf

And the latest poacher new might just be the saddest yet.

The hunters claim that they're helping to fund "conservation efforts" with the money that they pay to hunt. However, I think that's just an excuse to keep on killing.

Remember when these British hunters have taken things to a whole new level?

But now the internet has been hit with more sad news.

"Also, the white giraffe was a big boost to tourism in the area." Just one white bull remains, so the species faces imminent extinction now. And this hasn't been the only time poaching has hit headlines recently. Scroll on to learn exactly how Kim Kardashian is linked to the controversial topic...