Polar Bears Are Being Forced Into Cannibalism Due to Climate Change, Scientist Says | 22 Words 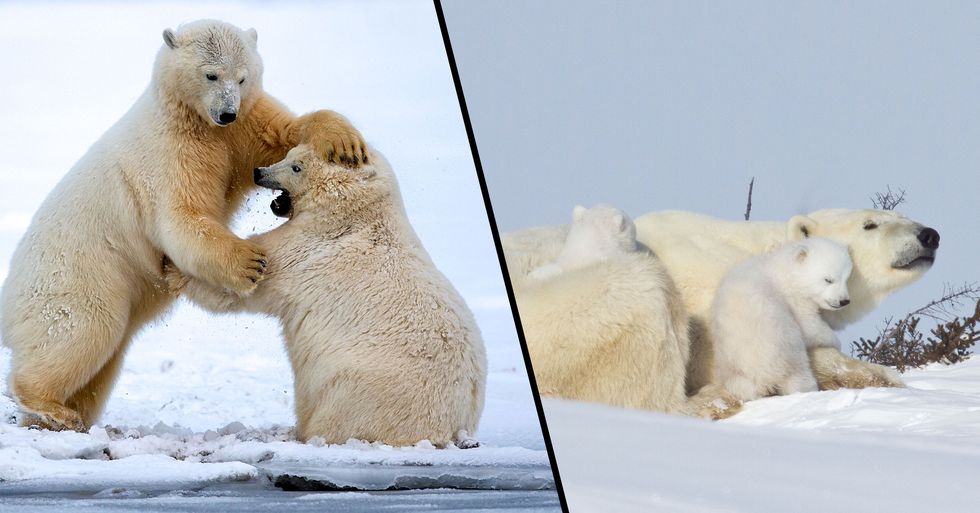 Polar Bears Are Being Forced Into Cannibalism Due to Climate Change, Scientist Says

Unless you've been living under a rock, you'll probably know that our planet isn't exactly in good shape. In fact, experts have said that global warming is now happening at an "unprecedented" scale, with many claiming that human civilization may come to a screeching halt within just 3 decades. Not to mention the detrimental effect on wildlife.

But there's one species that is undoubtedly feeling the effects of global warming more than most  - polar bears. Although now, things appear to have reached new, devastating heights...

When Cowspiracy aired on Netflix in 2015, it was the first time the world was introduced to the idea that the meat and dairy industries were really bad for the environment. So, naturally, in the wake of the so-called climate crisis, people are being urged to go vegan. Or if that's too much, going vegetarian, or simply just reducing meat consumption - in particular, red meat.

Although it's safe to say that things aren't exactly looking up.

And that couldn't be more the case for polar bears.

Polar bears are feeling the effects of climate change more than most.

As the temperature in the Arctic increases, the ice that polar bears depend on is melting on a mass scale.

Climate change is really making life tough for them, especially considering the fact that their main prey - seals - are also at risk. There have been so many heartbreaking sights - from starving polar bears to those clinging on to the last bit of ice they have.

WWF has declared the species as "vulnerable."

With around 22,000 now remaining, at the time of writing. It's truly baffling to imagine the biggest land-based carnivores on the planet being so at risk in this way.

But things now seem to have reached new, devastating heights.

Many polar bears are now being forced into cannibalism.

According to a Russian expert, cases of polar bears killing and eating each other are on the rise in the Arctic.

It is believed this is mainly due to human disturbance and depletion in their habitat.

“Cases of cannibalism among polar bears are a long-established fact, but we’re worried that such cases used to be found rarely while now they are recorded quite often," said Ilya Mordvintsev, a polar bear expert, to the Interfax news agency.

But it's a harsh fact that this behavior is increasing.

“We state that cannibalism in polar bears is increasing," Mordvintsev added.

It has also been suggested that the cannibalism could be due to a shortage of food.

"In some seasons there is not enough food and large males attack females with cubs." Interested in more news relating to climate change? Keep scrolling to learn about fifty small ways you can help the planet.