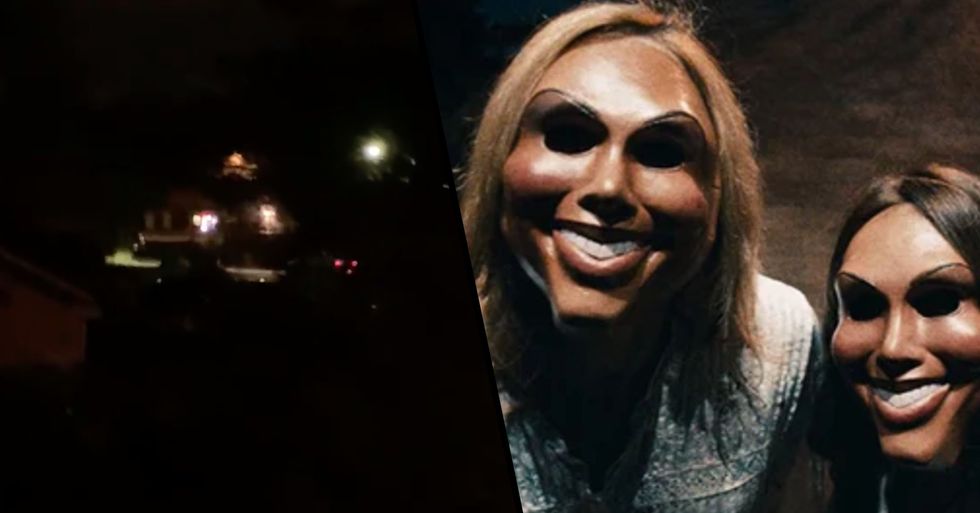 Over half of the United States is now in lockdown and many cities have been issuing curfews to residents in a desperate bid to get this pandemic under control.

But police in Louisiana took things a step too far by blasting a siren used in The Purge to signal the curfew. The footage is so eery...

This also includes 12,857 known deaths - the highest number of deaths in one country.

New York seems to be the hotspot for coronavirus cases here in the States.

So much so, that last week, those who have been in New York, specifically, the New York metro area, are being asked to quarantine for fourteen days.

And 5,489 deaths - most of which have occurred in New York City.

But clearly, some people just don't realize the severity of the pandemic.

The recent scenes from Spring Break at Miami beach is a prime example...

And, quite frankly, it has painted a terribly embarrassing picture of our country as a whole.

The numbers of people infected with the virus almost doubled since the antics in Miami and Florida...

And if this doesn't teach the youngsters how serious this pandemic is, we honestly don't know what will.

A very public tribute was made last week in the heart of New York City.

And we must admit...

Turning the Empire State Building into a massive flashing siren was either a stroke of artistic genius or a serious… https://t.co/eL2PIrrGbh
— Raheem Kassam (@Raheem Kassam)1585626964.0

It is pretty haunting to see a giant red siren flashing over the entire city.

But it seems that New York City isn't the only one alarming its residents unintentionally.

These are already tense times and what a community doesn't need is a siren being blasted through the streets... especially the siren from The Purge.

Earlier this week, police in Crowley, Louisiana issued a siren very similar to the one used in the horror movie, The Purge, to let residents know about the 9 pm curfew they had set for the lockdown.

The Purge is James DeMonaco’s 2013 horror-thriller about a fictional America where for one night it becomes legal to commit any crimes, including murder, for a twelve-hour period. The siren in The Purge is heard to signal that the killing and crime sprees can begin.

The siren eerily sounded through the empty streets and residential areas...

And it looked and sounded utterly terrifying.

The curfew prohibits citizens from leaving their homes between the local hours of 9 pm and 6 am...

And the police department said the curfew went into place because the city is located in the state’s Acadia Parish, which has "received the worst rating for the rapid spread of the virus, meaning it has been put into place in order to try and slow the spread."

Why they used a siren similar to that from The Purge is beyond us...

And it certainly worked in scaring a lot of local residents.

Crowley Police received a lot of backlash for the use of the siren...

via: Crowley Chief of Police

And the Police Chief Jimmy Broussard has now issued a statement of apology to his city.

Broussard had no idea that the siren resembled similarities to the movie...

@lovelyti How could they not know that was the purge siren?! They knew the police wanted to scare people to go home… https://t.co/iMNWoeB8FG
— LarnalynnPro (@LarnalynnPro)1586349457.0

He said in a statement to the local ABC news affiliate KATC that he was unaware the signal being used for the coronavirus curfew was the same signal heard in The Purge.

The chief assured citizens that The Purge siren would not be used again...

"We have received numerous complaints with the belief that our agency was involved in this process. We were not involved in the use of the "Purge Siren" and will not utilize any type of siren for this purpose. Calls regarding this matter should be directed to the Crowley Police and Chief Broussard and not the Acadia Parish Sheriff’s Office," he said.

Check out the harrowing sirens here...

And make sure to keep scrolling to check out how squirrels took over a local California park during lockdown...