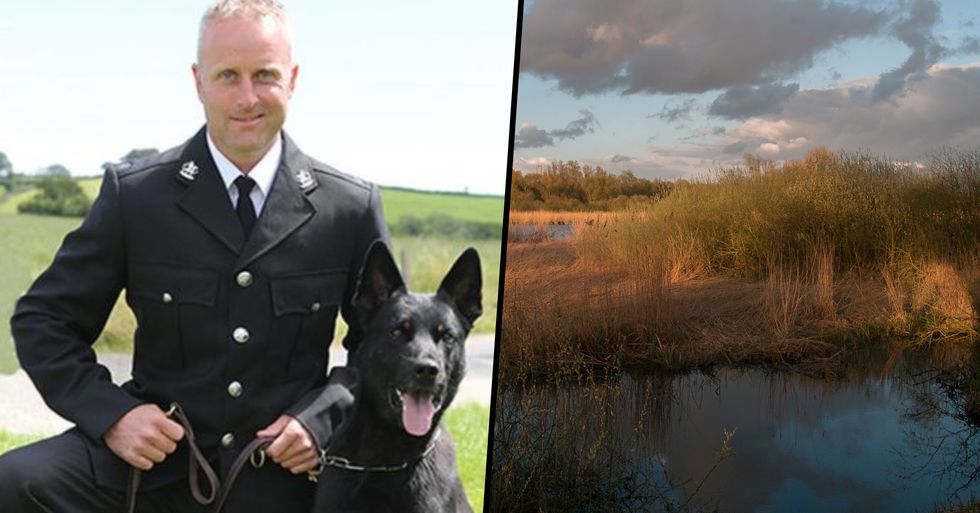 All around the world, dogs are used to assist police officers in the line of duty. Once fully trained, these dogs are an essential part of any police force.

One dog, in particular, has left everyone speechless by his heroic actions on his first day on the job...

Dogs have been by our sides for centuries.

Not to mention, they are the most loyal of companions...

Police dogs are vital to any mission.

Once completing their training, they become an invaluable member of the police force.

As one police dog has proven on his very first day on the job.

The pair were found in a remote part of Powys, at the edge of a ravine.

After not being seen for 2 days, friends and family of the mom and her 1-year-old feared the worst.

That was before the two-year-old German Shepherd and handler PC Peter Lloyd spotted the woman waving for help after searching across the Welsh mountains.

Thanks to their heroic efforts, a mountain rescue doctor and ambulance service were able to check over mom and child.

Insp Jonathan Rees-Jones said: "The woman had not been seen or spoken to for two days, which was out of character, and her phone wasn't working, so naturally concern for her safety was high."

He said the woman's car had been found on a mountain road.

Despite giving some indication of where she was, there was still "a vast area to cover given the amount of time she had been missing".

No one expected Max to be so focused on his first day.

"Despite only recently becoming licensed, and on his first operational shift, he immediately commenced an open area search," he said.

It was down to Max and PC Lloyd that the search finally paid off...

Mom and baby were found after an hour-and-a-half search, which involved the Brecon Mountain Rescue Team, National Police Air Service, and a search expert.

It seems as though they arrived just in time.

"They were safe, but cold, and appeared to have been in the area for a significant amount of time," he said.

And obviously Max was essential to the mission. He has since received endless praise online for his heroic efforts.

"I must give a special mention to PC Pete Lloyd and Max, who on their very first day since completing their training together covered a significant amount of mileage in the search, eventually locating them safe."

His handler couldn't be prouder of the rescue pup.

PC Lloyd was "really pleased" that "Max remained focussed throughout the long search and he proved invaluable."

Despite his age, Max proved that he was just as important as any other member of the rescue team.

Keep scrolling for the cutest pictures of a newly registered police pup, who finds the whole ordeal a little tiring...