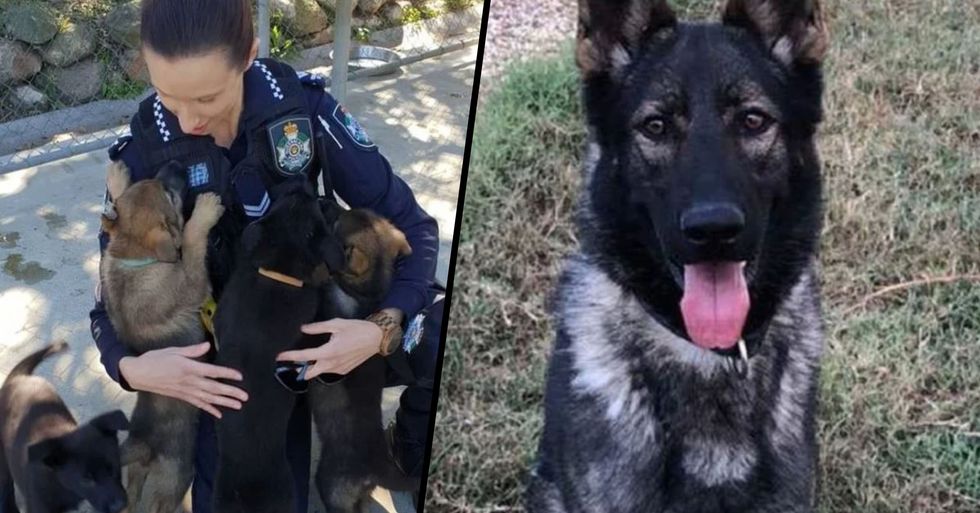 Dogs have proven to be loyal and trustworthy working colleagues, and many different work sectors use dogs to their full advantage, including the police.

But there's no doubt that not every dog is cut out to work in the police force, and that was certainly the case from one adorable pooch...

But not all dogs are cut out for working in the police force...

And that was the case for one adorable pooch named Ozzie.

Ozzie was part of a litter that was born and trained by Queensland Police Service back in 2018.

But, as his training went on, it became clear that the police force wasn't for him.

The eighteen-month-old canine wasn't aggressive enough for the force.

And instead of chasing criminals, Ozzie much preferred chasing birds instead...

So, after leaving the police force...

Ozzie got a job doing what he loves best - chasing birds!

Ozzie has got a new job at Brisbane Airport, Australia.

His new role is to scare birds away from areas of the airport to try to reduce the chance of them getting stuck inside the planes' engines.

Now, he lives and works with his handler Jackson Ring, who says Ozzie is "perfect" for his new job...

"Ozzie didn't portray all the necessary traits of a police canine - but he is perfect for what we want, which is introducing a predator into the environment," he told the Daily Mail.  "I love him and the team loves him. He is the biggest morale boost in the world. His duties out on the airfield and his training is one thing but another benefit of having a dog is he is amazing companion."
"We have formed an incredible bond. Everyone loves him. He's such a great bundle of energy and positivity running around."
Well done Ozzie! Want to read more adorable dog content? Keep scrolling to watch the moment a clever pooch reports himself missing...