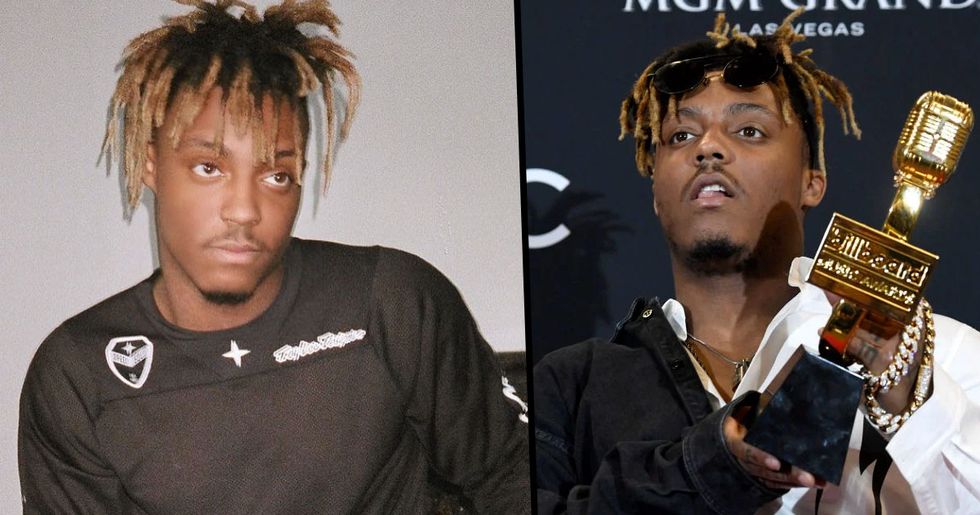 Up-and-coming rapper and singer, Juice Wrld, tragically passed away in the early hours of Sunday morning. He was just twenty-one-years-old.

Since his death, tributes have been pouring in. Now a video has emerged of the late rapper boarding a private jet just before he died and it's utterly heartbreaking. Police have also discovered a potentially huge revelation that may help to explain his death.

Keep scrolling to see the harrowing footage and find out more about the shocking discovery.

Fans adored him as his music centered on topics such as mental health.

At around 02:00 local time (08:00 GMT), the incident took a turn for the worst and Juice Wrld was taken to hospital, where he was pronounced dead. It is alleged he suffered from a seizure.

Fans even think he knew he was going to die because of certain clues...

Is it just a coincidence? I think not.

Only last week did Juice tweet about his twenty-first birthday and how it was "one of his best [birthdays]" yet.

And today, footage of Juice aboard a private jet has surfaced, taken just hours before his untimely death. Keep scrolling to see the clip for yourself.

During the clip, the late rapper looks in high spirits.

Despite looking to be happy in his last moments, it's unbelievably upsetting how in a matter of hours his life would be tragically cut short.

Take a look at Juice's final moments below.

In the aftermath of his death, police have reportedly made a shocking discovery about what was on board the plane with Juice and his team.

Police discovered the private jet Juice flew into Chicago was loaded down with 70 pounds of marijuana.

Law enforcement sources told TMZ that the FBI confiscated the huge stash of marijuana from several suitcases that were on board the flight.

And it may have given some further indication to what caused his death...

According to TMZ, law enforcement was told by several members of Juice's team who were aboard the flight - which landed around 1 AM local time on Sunday - that the late rapper had taken "several unknown pills" before the alleged seizures which led to him being taken to hospital.

But, at the time of writing, no official cause of death has been announced.

And regardless of how or why it happened, a twenty-one-year old's life was cut tragically short. Thoughts are with his loved ones. R.I.P Juice.