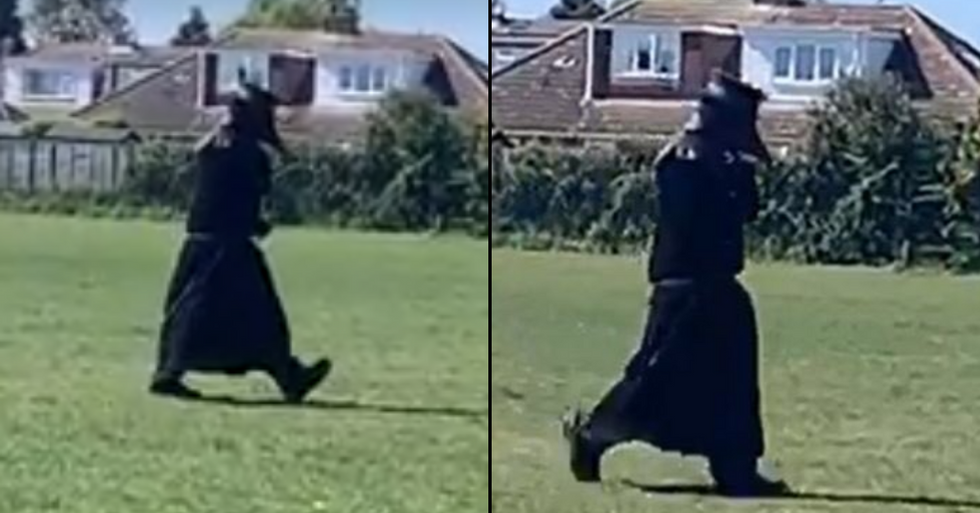 Of course, it is extremely difficult to be kept away from loved ones, but we must do so in order to protect those most vulnerable in our society. In spite of this, though, many are finding it difficult to resist the outside world. And many vigilante citizens are taking lockdown breaking into their own hands ...

It seems the desire to break quarantine is reflected around the world.

But one man from Norfolk, UK, has had enough!

And this man, from Norfolk in the UK, certainly came up with an innovative solution to those breaking quarantine.

An unknown man has been stalking the town of Hellesdon dressed as a plague doctor to remind residents of the dangers of going outside.

"Officers have been made aware of an individual who was seen walking around the Hellesdon area wearing a plague outfit."

"Officers are keen to trace the individual in order to provide words of advice about the implications of his actions on the local community."

But hey - if the shoe fits!

In spite of overwhelming evidence, some people still seem to want to head outside. Read on for the incredible story of one lockdown protest.