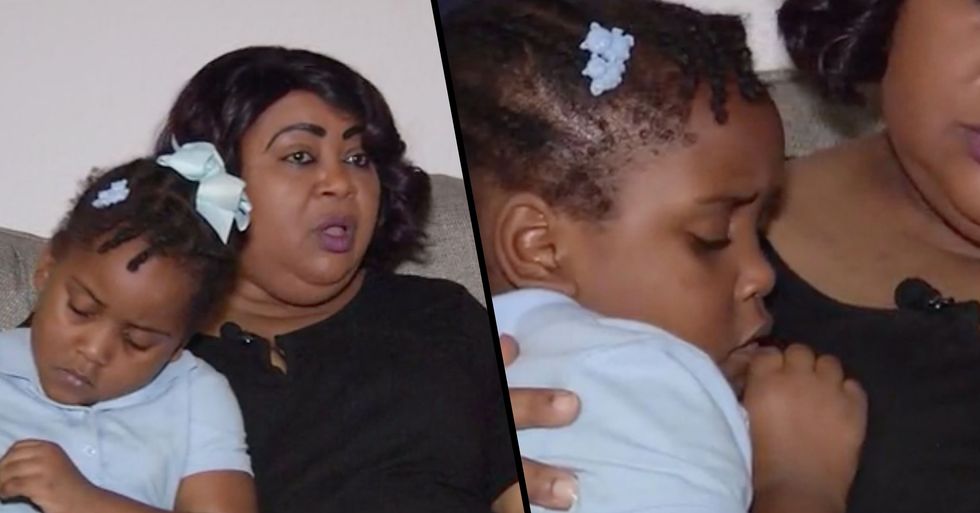 We are becoming increasingly aware of the biased foundations on which our society is built. There's no getting around it; those are just the facts. And with every news story that breaks out, I seem to lose my faith in humanity a little bit more.

And this is just another one of those moments. A police officer is under investigation after he arrested a six-year-old and an eight-year-old at a school in separate incidents in Orlando, Florida. And after some further digging, you wouldn't believe what else the investigators discovered...

Keep reading for all the details on this heartbreaking story.

Police brutality is a serious issue in the States.

After a number of incidents that have emerged over the past decade, it is clear to see a distinct pattern in all of the unlawful arrests made by police officers.

And I'm just going to say it like it is.

Racism is well and truly alive. Just because it has been disguised over the span of your lifetime, doesn't mean it doesn't exist. You're just in a privileged position, so you don't have to feel the effects of it. Count yourself lucky.

The treatment of black individuals in society is unacceptable.

If white folk were being treated in such a manner, there would be an uproar, but when it's a minority group in our communities, we don't bat an eyelid. Ask yourselves: Why is that?

Black communities have been forced to protest over unfair treatment.

I've seen so much negative press surrounding the "Black Lives Matter" movement that it left me questioning some people's mindsets.

I mean, if your son was shot in his own back yard, I'm sure you would do more than just protest.

And that's only one case.

But black communities are thinking about the bigger picture. That's why they protest. That's why they're fighting for change. That's why these movements exist. The lives of young, black people have been lost because of the way our society has been built and it's not acceptable.

And neither is this story.

However, this one's got a surprising twist. A black police officer, who is now under investigation, arrested, handcuffed, and processed a 6-year-old for throwing what has been described as a "tantrum" during class. He also arrested an 8-year-old.

The incidents occurred during two separate incidents at a school in Orlando, Florida.

Dennis Turner, the officer facing backlash, has since been suspended for his behavior, which was deemed illegal and unjust.

Here's how it all started...

Kaia, the 6-year-old, was arrested after throwing a tantrum in which she kicked a teacher. The charter school which she attended, Lucious and Emma Nixon Academy, has a policy that states a supervisor must agree to the said arrest before any action is taken.

But that's not what happened here.

Turner decided he would arrest the child without permission. He handcuffed her and put her in the back of a police car and drove her all the way to a Juvenile Facility where she was fingerprinted and had to wait for an adult to come and judge the situation.

Meralyn Kirkland, her grandmother, received a disturbing call informing her of the situation.

As any guardian would be, Meralyn was concerned for her granddaughter. She wondered how anyone could arrest and handcuff a child in such a heartless manner.

This is what she told the television station WKMG:

She told them that, after receiving a call, informing her that Kaia had been arrested for "battery" offenses, she had been driven to the Juvenile Assessment Center where she was being held.

The concerned grandmother tried to explain why her granddaughter was acting out...

But the officer was having none of it. Meralyn told him that Kaia had sleep apnea, a sleeping disorder, and that they were working to resolve the issue.

And you wouldn't believe what the officer said...

Turner had responded in the most unsympathetic manner saying: "Well, I have sleep apnea, and I don’t behave like that." The officer is pictured on the left, just to clear things up. Yes, a relatively powerful member of the community upholding these kinds of biased, aggressive values. It just adds extra salt to the wound.

According to Meralyn, that's what he said.

First of all, you're a grown adult. If you were going around kicking anybody, you'd probably get kicked back before being arrested. Secondly, you've just heard that a 6-year-old is having to deal with a disorder that means she stops breathing while she's sleeping and that's the best you've got? Thirdly, what a f*cking douchebag.

Meralyn was left extremely heartbroken after the incident.

@orlandosentinel PPS. People need to stop being shocked that a Black cop could be part of a racist criminal legal s… https://t.co/DrZhsLx4lP
— Rebecca Kavanagh (@Rebecca Kavanagh)1569214943.0

She said this: "No 6-year-old child should be able to tell somebody that they had handcuffs on them and they were riding in the back of a police car."

The officer who transported the 6-year-old later found out that Turner had not been granted approval and stopped the process.

Before the full process of the arrest could take place, the other officer stepped in, saying it must be stopped immediately because Turner hadn't followed procedures correctly. So, after that, Kaia was returned to school.

It was later found that this wasn't the first time that Turner had taken part in this kind of activity. Apparently, in a separate incident, he had arrested an 8-year-old, whose details have been omitted from the public for safety reasons.

It was later revealed that Turner had been known to the police before these two events. In 1998, he had been charged with aggravated child abuse, for things he had done to his 7-year-old son. The outcome of that case had never been noted, but since he continued his role as an officer, clearly there were no severe consequences for him.

He was also known for his aggression on the job.

In 2016, the officer had been facing backlash for his handling of a case, where instead of arresting a criminal, he subjected him to torture by stunning him with a taser 5 times.

And still, Turner served in the police force for twenty-three years...

According to the department, he retired in 2018, but by that time he was earning almost 100,000 dollars a year. An officer who abuses his power tortures people and arrests children was getting paid thousands upon thousands of dollars to do so.

So this raises all-important questions as to why this man still had a job protecting the community?

I'm just as shocked as you are. There has been no information released stating whether or not he's going to face any repercussions. Right now, he has just been suspended by the department while an investigation takes place.

The police chief, Orlando Rolón, commented on the situation.

He stated that Turner was working as a school resource officer at a charter school when he arrested the children.

He wasn't even a proper policeman at the time...

Officer Turner was assigned to the "Reserve Officer Program." Details of the program were unavailable, it was reported that it is made up of retired officers from the Orlando Police Department.

A mental health doctor said that putting a child in handcuffs is traumatizing.

"Arresting them and putting them under handcuffs is traumatizing. There’s no clinical benefit to the child or society." Let's hope this officer gets what he deserves.