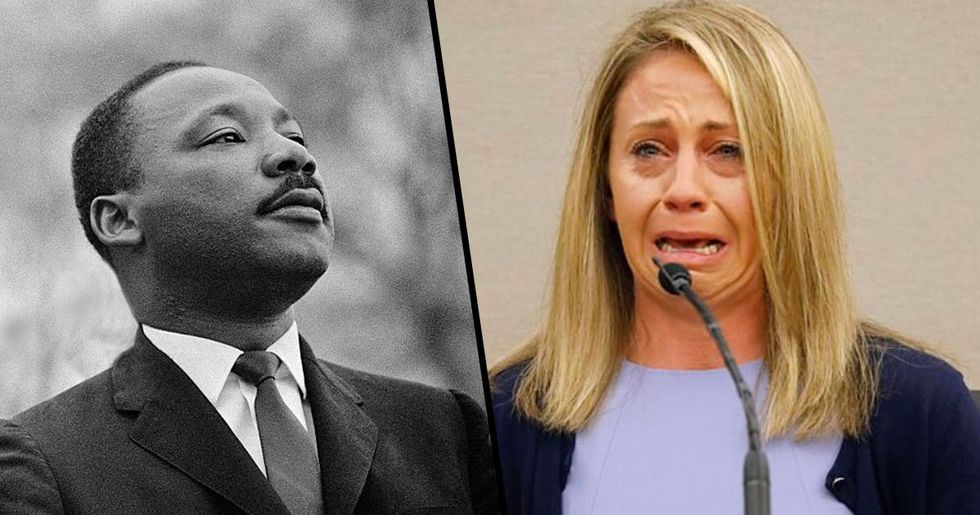 In 2018, the thirty-three-year-old cop fatally shot her neighbor, Botham Jean. Guyger's defense was that she believed he was an intruder. The thing was, Mr. Jean didn't even enter Guyger's apartment... she entered his. Amber tried to get away with the murder by claiming she had mistakingly entered the wrong apartment, thinking that she was in fact in her home.

The court found holes in her defense and she was found guilty.

In deleted text messages that have now been recovered from the police, it seems Guyger really was as racist as the jury assumed. Continue scrolling to find out the horrible jokes she was making.

The Jean family whether Guyger would have opened fire if he hadn't have been black.

From what we know, if we didn't know it already, it seems as though there are officers parading the streets that think that they can kill anybody they don't like the look of. The U.S police force needs to take note of cases like Amber Guyger and deal with the serious issue of racism within its ranks. Continue scrolling to read about another case of police brutality in Dallas. This time, officers were involved in the suffocating of a man that had called asking for help. The officers then attempted to cover up the atrocity by not allowing the family to see the condemning bodycam footage...