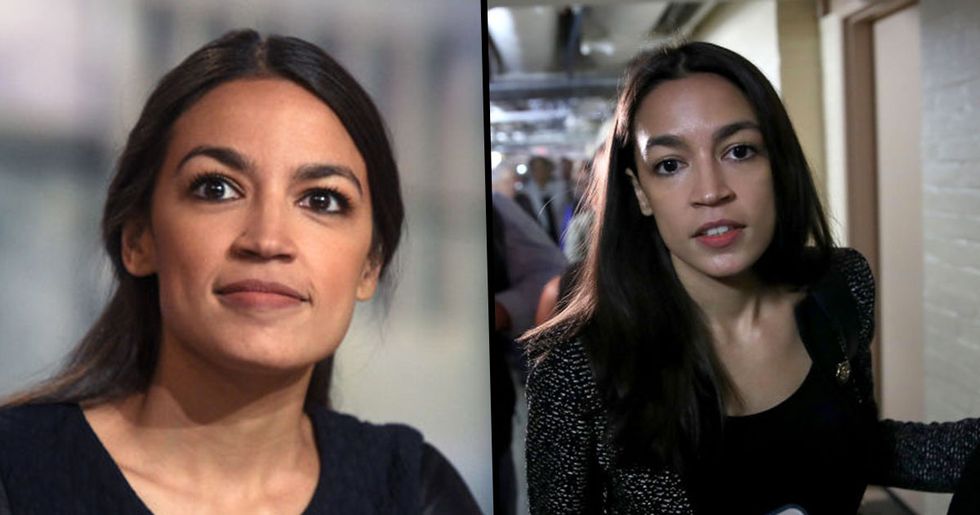 Police Officers Who Said AOC Should Be Shot Have Been Fired

President Donald Trump has hit international headlines because he has been at war with half of the members of the American Congress, in particular, four congresswomen. His comments hurled towards these women have shocked the nation, and the world, because of their blatant racist nature.

And the saga continues. It's no secret that the president has an influence on his followers, but we often forget that his influence stretches into wider society. Police officers have recently been fired for vile comments directed towards one of the congresswomen, Alexandria Ocasio-Cortez.

Let me round up the story for you.

It all started ten days ago...

Trump made some absolutely vile comments about "progressive democrat congresswomen" including Alexandria Ocasio-Cortez, Rashida Tlaib, Ayanna Pressley, and Ilhan Omar, the only way that he knows how - via Twitter.

The trio of openly racist tweets had us all reeling with anger.

The first tweet was brimming with inaccuracies. Telling four women, who are all American citizens, to "go back" to where they came from is really scraping the bottom of the barrel. Three of the four were actually born in the United States, but it seems as if the president was unaware of that fact.

The second and third tweet had a similar kind of racist vibe...

I don't think that Trump likes helpful suggestions about how the country should be run. Instead, he would much rather ruin the place all by himself. The world is staring at our president, thanking their lucky stars that they're not a part of whatever kind of messed up democracy we claim to be.

And he wasn't done there.

Recently, he posted a tweet flipping the whole situation around, calling the four congresswomen racist. Can someone tell the president that it doesn't work that way? You have to actually be racist to be called a racist. You can't just throw that word around.

Despite all of this, some people seem to think that the president can do no wrong.

Directly attacking members that make-up your own government is the best way to cause tension. When the whole of Congress falls apart, things won't look too bright for the progression of the country.

The people that think that Trump is not doing anything wrong need to step back from the situation and see it for what it is.

The democracy of this country is built upon systematic racism and when, finally, someone decides to call it for what it is, we get mad and try to marginalize them. These four congresswomen, in particular, are rallying for change and that's what the United States is about.

"The Squad" are being attacked for no reason.

Whether you're a democrat or a republican, surely you can agree that these women have really done nothing wrong.

But here we are, yet again, dividing the nation.

In times like these, we need to come together, not fall apart unnecessarily.

There are some people that you would expect to stay impartial in these situations...

One would expect the people that work hard to maintain the peace in our country to stay pretty impartial in these situations, even if they do happen to hold a strong opinion.

However, it seems like we all want to share our opinions, no matter how cruel they may be.

One police officer has received immense backlash for directly threatening one of the four women that Trump attacked, Alexandria Ocasio-Cortez, who is better known by her initials, AOC.

And you'll never believe what this police officer had to say...

It wasn't a simple case of "she's wrong" or "he's wrong." He took things to a whole new level, one that even the president hasn't crossed over to... In a Facebook post, a Louisianan police officer shared that he thinks that AOC is a "vile idiot" who "needs a round – and I don’t mean the kind she used to serve."

If you were shocked before, I can't imagine how you're feeling now.

Yes, he was suggesting she needs to be shot. Has it hit you how serious this issue has become?

Our entire nation is as equally as stunned.

Another police officer also liked the post, suggesting that he agrees with the violent post. The Facebook post also included a fabricated story claiming that Ms. Ocasio-Cortez said that “we pay soldiers too much." Talk about fake news...

The police are supposed to protect us from harm, but, instead, it seems as if some ready to inflict it.

Let's not kid ourselves. Of course, our president had a big influence here. Because he openly preaches hate to audiences, they now believe that it is acceptable to do it themselves. I mean, why wouldn't they? If the president of one of the most powerful countries in the world can do it, why can't others?

And don't bother trying to flip it around on AOC.

Violence should not be condoned, not towards anyone, even a horrible, hate-spewing president. Violence is not the answer to anything, but it seems like it's the only answer that some people have.

This user decided to give Trump a taste of his own medicine.

Even Trump supporters have called out this behavior.

It must be difficult to support a leader that spews hate when all you want is peace.

And Ishena Robinson commended AOC for her strength.

@AOC I don’t know how you deal with all these horrific comments in response to everything you tweet. You are strong… https://t.co/tUPNXtSfVH
— Ishena (@Ishena)1563851806.0

Seeing the immense amount of backlash that AOC, along with the other three women have received, is disappointing, to say the least.

Thankfully, these police officers have since been fired.

This was announced by Gretna Police Chief Arthur Lawson at a press conference on Monday afternoon who said: "This incident, we feel, has been an embarrassment to our department." He also described it as "unprofessional." Threatening a government official is much more than "unprofessional." It seems as if they got off lightly with this one...

Let me end things with this reminder from Nathan.

Let's not forget it.