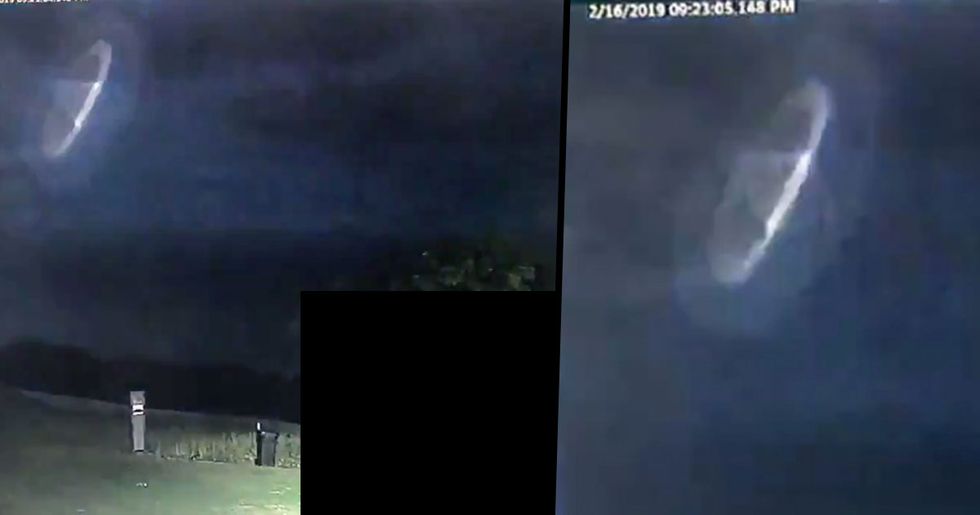 Humans have been obsessed with the possibility that we are not alone in this universe for nearly 150 years. Countless UFOs have been reported, but just imagine how many of them haven't.

Some sightings have been a real headache to NASA (I assume) and other authorities. There are case where people are still convinced there was something out there, yet no one can explain what it was.

However, over the past few years the number of UFO sightings has decreased. Surprisingly, experts say it's mostly because people just don't care anymore.

A couple of days ago, a new UFO was spotted in Australia. The police believed it was a real UFO.

But it wasn't what it seemed like, and most people have figured it out.

Aliens exist. It’s just a matter of time before we get to meet them.

Mysterious UFO sightings have been the center of our attention for nearly 150 years now, Telegraph says.

The earliest photo of a UFO we have was actually taken in 1870.

The unidentified object was spotted from the summit of Mount Washington, New Hampshire.

But since back then cameras were of really limited capabilities, it’s likely most of them were simply glitches.

Today, with all the advanced technologies and science that has explanations for everything, you'd think we would either find truly alien objects or not hear about such things anymore.

But hundreds of photos and videos of UFOs are spotted every day.

The story of the 1979 New Zealand flight is still a mystery to this day, Australian News reports.

That New Year’s Day 6 passengers, including 2 pilots, spotted a mysterious bright light in the sky.

No one wanted to believe it was a UFO. They said "it was Venus, it was squid boats, it was radar returns from a field of cabbages."

Now, forty years later, the 6 witnesses still refuse to believe it was anything but UFO.

Australian News says at the time the sighting brought attention and fame to the witnesses. Then it was followed by shame and anger, when people started accusing them of hoaxing the sighting. It even ended a marriage.

Just 3 minutes after take-off, the 6 passengers saw a "bright, round light to the right." The thing is, it couldn't have been an optical illusion because of one spooky piece of evidence: "The aeroplane radar showed a target in the same direction about 18 nautical miles."

Cameraman David Crockett filmed the light for several minutes as "it appeared to travel along with the plane."

"When they turned toward it, the light seemed to react by moving away from the aeroplane." Exactly what an alien spaceship would do to avoid collision.

"The experience itself was extraordinary," journalist Quentin Fogarty said.

He added, "Just being on the cramped, noisy flight deck of the Argosy barreling down the coast in the dead of the night was exciting. Factor in a row of pulsating, hypnotic lights hovering outside the window, and it goes to another level."

Forty years later, Herald on Sunday contacted the witnesses to hear what they think about the sighting now, Australian News reports.

Fogarty actually suffered from "nervous exhaustion" a few weeks after the sighting because of all the backlash and accusations he'd received. He even had to be hospitalized for a little while.

"The level of initial skepticism both surprised and, at times, overwhelmed me," he shared.

"I certainly did not expect to be accused of hoaxing the whole thing. That cut deep, it still does."

In 2008, pilot Bill Startup’s wife Shirley said "a psychiatrist had thought the men had lost their faith in God and were seeing angels."

But according to her, Startup didn't seem to completely believe it was UFO either. His reaction was actually very logical. "He’d seen something that he did not know what it was, and his colleagues couldn’t come up with an explanation. He had no thoughts that he ever communicated to us."

"One of the issues for me is we were just doing our job. We suddenly had to justify ourselves. We didn’t know what the hell it was."

"We didn’t expect to see anything. It was a bit tense as it got closer to the aircraft," he added.

"I got over it. Have I ever seen anything like that again? No I haven’t. Do I believe in UFOs? No I don’t. Pilots see a lot of unidentified flying things."

Now, The Guardian says, the number of UFO sightings has decreased.

But it’s not because there are fewer UFOs out there. Believe it or not, it’s because people just don’t care anymore.

In September 2018, the National UFO Reporting Center and the Mutual UFO Network reported a significant decline in worldwide UFO sightings.

According to The Guardian, there's a correlation between people's interest in sci-fi fiction and number of UFOs observed.

For example, before the 1940s, UFO sightings were reported very rarely.

But then the "space-age" was born, giving way to The X-Files and The Star Wars, and the number of UFO sightings increased.

The Guardian says there could be a number of reasons for the recent drop in UFO statistics, but the most possible is that "people simply don’t care anymore."

Philip Jaekl writes, "As we are accustomed to being inundated with wild claims churned out by politicians, media and advertisers, the next report of a UFO is no more believed than the long-range weather forecast."

Cultural historian Stuart Walton also says that "belief in UFOs is definitely in a state of decline, along with much else that could be classed as paranormal."

"Part of the reason is that the technology for providing documentary evidence of such matters is now widely available to everybody with a smartphone, and such purported evidence as there is on YouTube looks extremely threadbare."

He adds, "It isn't so much that belief can exist without proof; it's that it must emphatically avoid proof to remain belief."

"We are in the process, paradoxically, of proving a negative hypothesis with UFOs: there never was any such thing."

If there was at least one piece of real evidence that proves aliens exist, it would probably be the greatest scientific discovery of all time.

But after all the fake photos of UFOs and videos of optical illusions that seem to be UFOs, skepticism is a growing tendency in our society.

One thing is true, though. There have been cases of objects in the sky that were never identified or explained.

Philip Jaekl adds that "government disclosure of its own video footage isn’t helping to maintain [the belief in alien objects]."

Sociology professor at Tennessee State University, Joseph Baker, says, "It’s actually better for UFOs when ufologists can claim that ‘the powers know everything and are hiding it from us’ rather than seeing that the government appears to have basically the same info about UFOs as the public: namely grainy, inconclusive visual evidence."

A couple of days ago, Australian police spotted a new UFO in one of the most remote parts of the country.

According to Independent, the video had been shot during a heavy thunderstorm and it was actually the Broome Police who suggested it must have been a UFO.

A CCTV camera recorded the thunderstorm.

Among all the lights happening closer and further away from the camera, you can see one weird source of light in the distance that looks an awful lot like a flying saucer.

The Broome Police thought it was a UFO for real.

The caption of the video says, "After reviewing CCTV at town beach of last nights storm, it appears we were not alone."

The strange UFO appears shortly after a bright lightning flash.

Then it seems to stay there for a while, lit up by the flashing lights, before it disappears.

Some Twitter users had had similar experiences with UFOs.

White Mouse wrote, "Well done Police-I was 15 and my dad was senior Sargent of Police in a NZ District at the time - our family had a UFO hoovering over our home after tracking us home from a family car trip - neighbours were witnesses they very hysterical- I’m now 57 yrs old. We are not alone."

But most people didn't believe for a second it was an alien spaceship.

Someone explained, "Sorry to be the grinch here and sorry if you all worked this out and I’m in fact the idiot who took too long to work this out, but the car in bottom right reverses out at the same time as the artefact appears."

"You can see the reflected light in its rear window," they added.

"This light is then bouncing backwards and forwards off the lenses in the camera causing a lens flair." After reading the comment I can't deny it. They are absolutely right. Yet, I still feel like the commenter is a party pooper.